Peek at these numbers 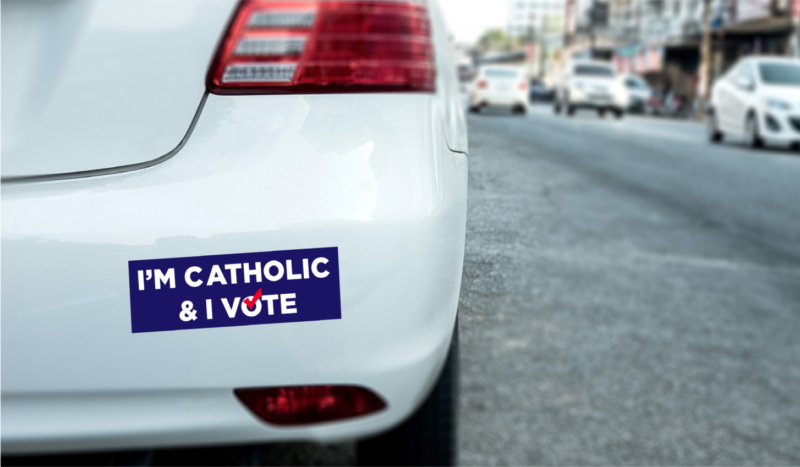 We’ve received thousands of replies to the front page story in the Wall Street Journal highlighting our efforts to use geofencing technology to reach Catholic voters.

But many of you wanted to know more.

Well, here you go: We are already building the largest Catholic voter mobilization program ever. And no, that’s not an exaggeration. Our plan spans at least 7 states (and growing), and includes millions of Catholic voters.

We’ve already identified 199,241 Catholics in Wisconsin who’ve been to church at least 3 times in the last 90 days. So they are “active” Catholics. The faith is obviously a priority for them — and most importantly, their conscience is active and the Holy Spirit is at work! But here’s the critically important thing we discovered. Over half of these people — 91,373 Mass-attending Catholics — are not even registered to vote!

And that’s not counting the Mass-attending Catholics who are registered, but don’t consistently vote.

Now, consider this — Donald Trump narrowly defeated Hillary Clinton in Wisconsin in 2016 by only 22,748 votes.

But also remember that an overconfident Hillary Clinton never campaigned in Wisconsin. We both know the Democratic nominee in 2020 won’t make that mistake again. That’s why we need to double or even triple our efforts in crucial battleground states like Wisconsin – which is 30% Catholic!

Think about it… The media is fond of talking about the generic “Catholic vote.” But the real Catholic vote is made up of those who live the faith, and practice it. Meaning, they go to church regularly, and will bring their Catholic views on life, faith, and family with them to the ballot box.

What does this mean?

It means that the most important voters we need to register, persuade, and educate are sitting next to you every Sunday! Their political opinions aren’t all the same, but data suggests 60-70% of them are likely to votelike a faithful Catholic — IF THEY VOTE.

The next phase of our historic outreach program involves funding a “ground team” in critical battleground states like Wisconsin, Michigan, and Pennsylvania. We’re also focused on Arizona and Florida.

We are building the largest Catholic voter outreach program in history.

It’s up to us to make it happen.