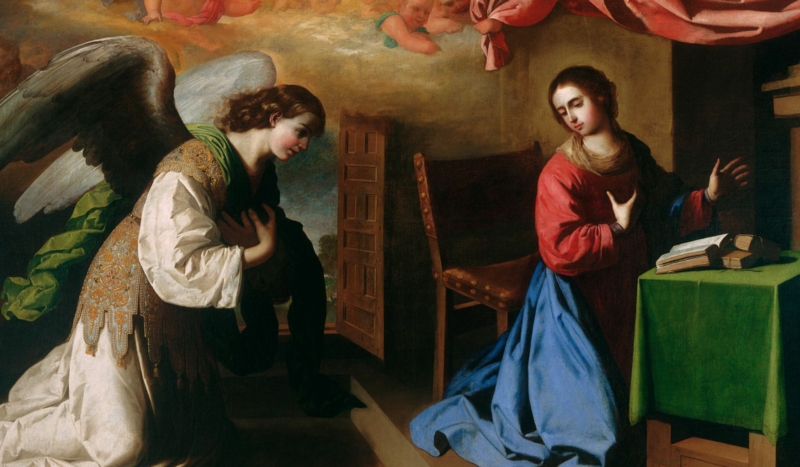 The announcement of Jesus’ birth proves “God gave women choice” on issues like abortion according to one pastor.

Women’s site Refinery29 recently published a video exploring “Why Anti-Abortion Supporters Are Pro-Death Penalty,” as part of its State Of Grace series. While Refinery29 uploaded the video to YouTube on August 10, it has gone largely unnoticed by others in the media.

And maybe that’s a good thing.

In this episode, host Grace Baldridge “explores the contradictions that exist between the people that support the Pro-Life movement and the Death Penalty,” the video description read. “She speaks with activists and women who have lived through both experiences.”

At one point, Baldridge focused on the “religious perspective on abortion.” For an expert’s opinion, she turned to Reverend Keatan King of St. Philip Presbyterian Church located in Houston, Texas.

Baldridge introduced the pastor who “has made it her life-long mission to stand in support of a woman’s right to choose” – because of her religion.

“Her faith informs her that standing beside Planned Parenthood is what Jesus would do,” Baldridge said of Rev. King and the nation’s largest abortion provider.

To Refinery29 viewers, Rev. King justified her support for abortion by pointing to the Bible.

“There’s this story, traditionally known to the church as the Annunciation,” she began. “It’s when the angel Gabriel comes to tell Mary that she will become pregnant and that she will bear the Son of God.”

She stressed that when Gabriel visits Mary, he “could have departed immediately if the only goal of their interaction was to deliver this news.”

“That’s not what happened,” she continued. “Mary got the opportunity to ask questions, and the angel actually gives her an answer. She gets to ask questions about her body and her future and engage her Maker with those questions.”

But what fascinated Rev. King the most about the Biblical meeting was Mary’s consent.

“She says ‘Let it be with me, according to Your word,’” Rev. King said. That story, she said, proved God endorsed abortion.

“To me, that says that God gave women choice, and expects us to use it,” she argued.

Baldridge ended the conversation by simply concluding, “I have never heard of that before.”

While the pastor was right about the Annunciation story, she was wrong in her conclusion. Luke 1:26–38 tells the story of the Annunciation. After Gabriel announces that Mary will “conceive in [her] womb and bear a son, and [she] shall name him Jesus,” Mary asks, “How can this be, since I have no relations with a man?”

Gabriel responds that the “Holy Spirit will come upon you, and the power of the Most High will overshadow you.” He doesn’t depart until Mary confirms: “Behold, I am the handmaid of the Lord. May it be done to me according to your word.”

Mary does give consent – and that’s something academics, Hollywood, and the media get wrong when they accuse God of raping Mary.

But it’s important to note that Mary consents before she becomes pregnant. Not after. The first chapter of Luke doesn’t make the case for abortion; It makes the case for the inherent dignity and worth of the unborn.

Right after the Annunciation in Luke, Mary visits her pregnant cousin, Elizabeth. Not only does Elizabeth’s baby leap in her womb when they greet each other, but also Elizabeth tells Mary, “blessed is the fruit of your womb.”

The unborn, in other words, are not disposable beings. They’re living persons – gifts from God.