Our Take: The First Presidential Debate 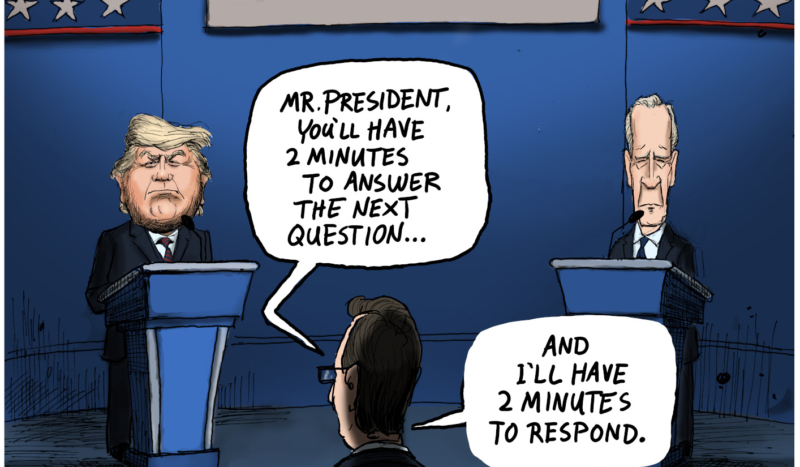 That’s what many Americans were saying last night (among other things).

OUR TAKE: Anyone expecting a knockout punch was left disappointed. Trump was his own worst enemy. Too many times, he bailed out Biden by interrupting him. And his aggressive posture early on allowed Biden to duck several key issues — or outright lie. The second half was a ridiculous 2-on-1 free-for-all with moderator Chris Wallace openly debating the President, while Biden did his own unchecked interrupting.

The verdict: a big missed opportunity — both candidates lost.

Now that the dust has settled, here are some things we did learn last night:

LET’S BE HONEST: Debates represent opportunities to shake up the race. They are opportunities for the candidate trailing to make up some ground. Mitt Romney won the first debate of 2012 hands down, only to go on to lose. In 2016, nearly every commentator declared Hillary the victor of the first debate. And we all know how that turned out. One debate doesn’t decide an election. This race is now a game of very small numbers, with only a sliver of the electorate still undecided.

We know where these voters are. And a huge chunk of them are Catholic.

Our national team is working harder than ever in six key battleground states. We’ve now recruited nearly 2,500 field volunteers and have made over 550,000 individual calls to Catholic voters in these states. And the numbers are climbing…

In addition, we launched two new ads in the past 48 hours, including this new ad to awaken Hispanic Catholics to what’s at stake. With your help, this ad will be delivered to approximately 250,000 Hispanic Catholic voters in the coming days.

Last night isn’t slowing us down.

I’m urging our team to keep focused, stay positive, and execute on our plan.

As always, please keep our work in your prayers.

We need all the prayers and support you can send our way!