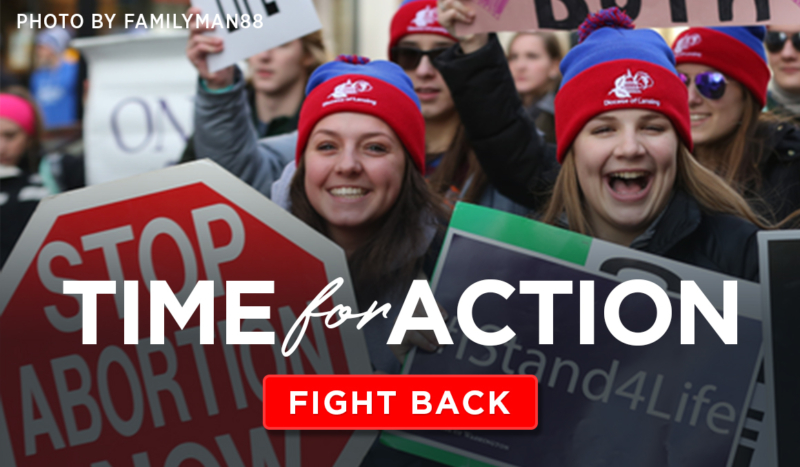 Ignoring overwhelming public opposition, Democrats in the House broke a 40+-year-old compromise and voted to approve taxpayer funding of abortion. Your money to kill children. The battle now moves to the Senate, where the focus will be on Senator Joe Manchin.

ACTION NOW: CatholicVote is preparing a massive campaign to hold these politicians accountable. Specifically we are targeting a group of representatives that voted to repeal the Hyde Amendment (protection against taxpayer funding of abortion) while publicly chastising the Bishops in June for daring to defend the Eucharist.

First they told the Bishops to shut up. Then they voted to use your money to brutally dismember innocent children.

No more “dialogue.” They need to be defeated.

But there’s something else you need to know:

It’s not just the Hyde Amendment they attacked. They also demolished other key pro-life provisions — including the Smith and Weldon Amendments.

The Weldon Amendment, for example, restricts taxpayer dollars from going to entities that refuse to protect the conscience rights of doctors and health care workers.

So they are not only aiming to coerce you to pay for abortions — they also want to force Catholic doctors to do the killing.

The bill would also empower radical pro-abortion “Catholic” Xavier Becerra to deny Medicare Advantage reimbursements to any doctor or hospital that refuses to cover, pay for, provide or refer for abortions…

…and it would permanently repeal the Mexico City Policy which forbids taxpayer funding for abortion groups internationally. Not even a future pro-life president could stop this, as Presidents Trump, Bush, and others have done before.

This is just plain evil. And it must be stopped.

If we want these radical Democrats to lose control of the House, we need to target Democrats in vulnerable districts.

And at the top of that list are Cindy Axne of Iowa and Matt Cartwright of Pennsylvania. Both are Democrats in districts won by Trump last year. Both are Catholic. Both signed the letter against the Bishops…

…and both just voted to repeal the Hyde, Weldon, and Smith Amendments.

With your help, we’ll make sure voters know what just happened, with new ads, videos, social media, text messages, and more. And we won’t stop until they are gone.

The time for ‘talk’ is over.

Help us vote them OUT.