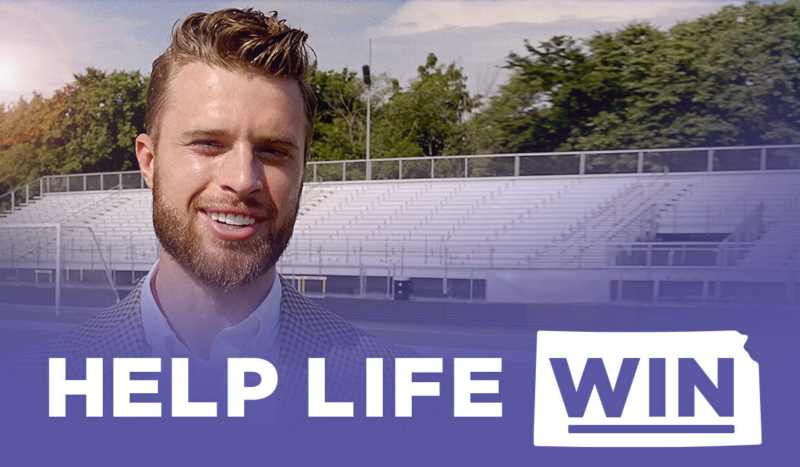 We celebrated the defeat of Roe last month.

Now, all eyes are on Kansas.

In just two weeks, Kansas will be the first state since the Dobbs decision to vote on abortion. Kansas voters will decide whether to approve a constitutional amendment that would grant their state legislature control over abortion policy after the liberal State Supreme Court took it away.

Your CV team is fast at work in Kansas and just launched this new ad.

The vote is on August 2. We’ve got less than two weeks to go!

We know that the future of America – and millions of unborn lives – hang in the balance. That’s why we launched our ad in Kansas this week to spread the word about this important amendment.

And it’s also why we chose Harrison Butker, kicker for the Kansas City Chiefs, to star in the ad!

This morning we learned that pro-abortion forces have dumped another $1 million into the campaign to defeat this amendment. By our count, abortion groups have spent over $7 million, while pro-life groups have spent close to $6 million.

Imagine if the pro-abortion side were able to score a victory in Kansas just weeks after the Supreme Court overturned Roe v. Wade.

Make no mistake: Kansas is not a slam dunk.

While the state tends to vote Republican, it also once elected Kathleen Sebelius as its governor. Yes, the same pro-abortion “Catholic” who became President Obama’s notorious secretary of Health and Human Services. In fact, their current governor, Laura Kelly, is also a strident supporter of abortion.

Our Senior Political Adviser, Tim Huelskamp, knows Kansas as well as anyone. That’s because he served for years in the Kansas Legislature and represented the state in Congress as well.

Tim still lives in Kansas and is working overtime with our team to make sure his state delivers a big win for life.

Big abortion is hoping for a victory to stop our momentum.

P.S. This Kansas vote will be critical. We’ve already invested over $500,000 to protect life with this key amendment. Polling shows the vote is a toss-up. Your help in these final two weeks is urgently needed.