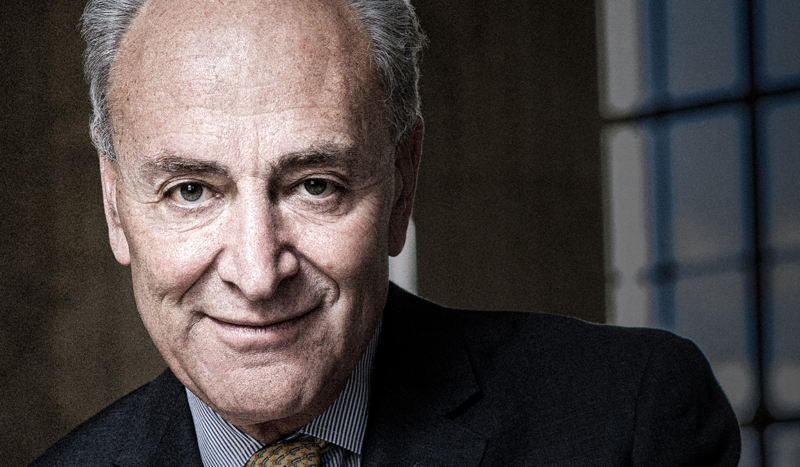 “The country is over.”

Those were just a few of the text messages I received this morning. Everyone’s anxious. So what’s next?

Below is our take as of this moment. Sorry it’s longer than usual. But there’s a lot to say…

THE BAD: Let’s start with the obvious. If Republicans lose control of the Senate, they lose the ability to stop the worst Biden cabinet and judicial picks. In fact, we can expect Democrats to start filling court vacancies as quickly as possible — including a potential vacancy on the Supreme Court if Justice Stephen Breyer retires as expected.

Further, if Democrats control both chambers, they can use the Congressional Review Act over the next 60 days to repeal many of the great reforms enacted via executive order by the Trump administration.

The first 100 days? We expect another massive COVID relief bill filled with reckless spending, blue-state bailouts, left-wing slush funds, and more. Look for Democrats to try and attach other hard-Left policies to these trillion-dollar + boondoggles that reward the consequences of unscientific lockdows in places like New York, California, Michigan, and Illinois.

Joe Biden as President will also mean a slew of Executive Orders, on everything from environmental regulations, to transgender mandates, to overseas abortion funding. We will have to fight these in federal court. Unlike in the past, with the newly configured Supreme Court, we expect to win some of these fights.

THE GOOD: Democrats are poised to hold the tiniest of majorities in both House and Senate, with one vote to spare in the Senate, and a tiny 11-seat margin in the House. These margins include “moderate” Democrats like Senator Joe Manchin (D-WV) who has already pledged to vote AGAINST “packing the court,” or “ending the filibuster.” This means Democrats do NOT have the votes to enact many of their most extreme ideas.

If Manchin isn’t lying, and the legislative filibuster remains intact, then the most ambitious left-wing proposals will simply not get 60 votes in the Senate — even if they narrowly pass the House. That said, it’s possible that Democrats will try to attach major portions of legislation like the Equality Act to must-pass appropriations bills. Remember there are 50 Republican senators, but two of them support legal abortion…

If Democrats pursue a path to make Roe permanent, subsidize abortion, or worse, they will be declaring nuclear war on Catholics and people of faith. We will fight like hell, and the backlash will be devastating.

Remember also Democrats must now calculate what a conservative Supreme Court will do with any radical new legislation, especially those that curb the right to religious liberty. The Court has signaled they will vigorously defend the 1st Amendment right to religious freedom. Conservatives are not accustomed to this advantage: but the Supreme Court could strike down unconstitutional elements of the Democratic agenda (thanks to President Trump!).

WHAT WENT WRONG: First, consider some history. After 8 years of Obama, Democrats lost the White House, 12 Senate seats, 60 House seats, and state legislatures and governorships across the country. There’s a natural cycle to politics that hurts the party in power. Yet Trump won more votes than even Obama did in his 2008 landslide victory. And he shocked “pollsters” by helping Republicans to win back seats in the House, and fought the Senate to a draw.

Nevertheless, the finger-pointing has begun. Portions of the GOP are quick to blame President Trump, and the shameless media has happily joined in the chorus. This was predictable, and has been going on for four years.

Since the November election, President Trump has repeatedly called the vote in Georgia “corrupt.” These accusations are credible, not just in Georgia, but elsewhere. Whether the final outcome will change remains unknown. But the lack of a thorough investigation into election irregularities clearly kept some voters home yesterday in Georgia.

Many American families are still hurting economically. Polls in Georgia showed that over 70% of Georgia voters supported a plan to increase the direct payments to $2,000. But Senate Republicans chose to block the bill — and it gave swing voters a reason to vote Democrat.

The Republican Party of the future must be focused on building a multi-ethnic, working class party that prioritizes families, children, American ideals, industry, and values. The hard-left “woke” Democratic Party is not popular with the majority of the country. And while Trump-the-person offends some people, his courage and the ideals he has championed are the future — and it is a winning formula.

Democrats have a choice: govern moderately and keep their radical left wing in check. Or prepare to be wiped out in the midterms.

What path do you think they will choose?

So are we doomed? Heck no.

The MAGA movement is on the march — Trump or not. The sleeping giant is awake.

I’m not ready to surrender the country I love, and my kids’ and grandkids’ future, to the radical Left.

We invoke the intercession of our nation’s patroness, from the great hymn:

We pray for our Mother, the Church upon earth,

And bless, dearest Lady, the land of our birth.