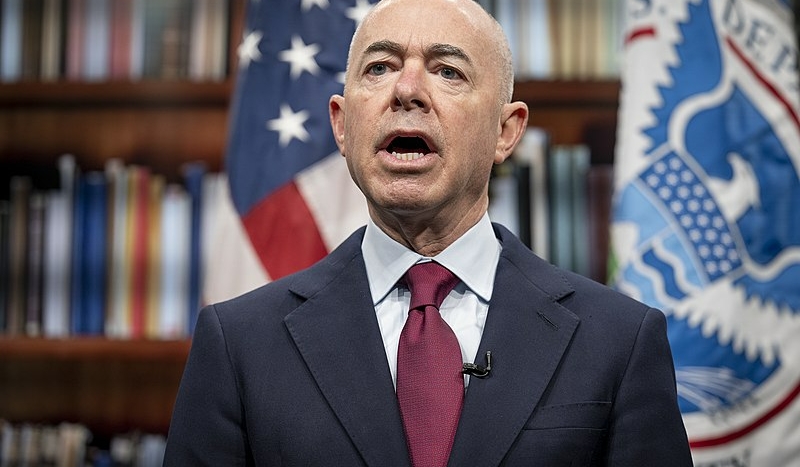 CV NEWS FEED // In a leaked audio recording, Department of Homeland Security Secretary Alejandro Mayorkas told Border Patrol agents in Texas that the current immigration crisis is “unsustainable” and that “if our borders are our first line of defense, we’re going to lose.”

Bill Melugin, a Los Angeles-based national correspondent for Fox News, tweeted that a source gave him the audio from Mayorkas’ meeting Thursday with agents in the Rio Grande Valley, where the DHS secretary also confirmed that U.S. officials encountered roughly 213,000 people attempting to cross the southern border illegally in July.

“A couple of days ago I was down in Mexico, and I said look, you know, ‘If, if our borders are the first line of defense, we’re going to lose, and this is unsustainable,'” Mayorkas said in the audio that Melugin obtained. “We can’t continue like this, our people in the field can’t continue, and our system isn’t built for it.”

By comparison, the Washington Examiner reported that agents caught only 74,000 in December 2020, weeks before Biden took office. Those numbers have grown in the current year to 172,000 in March, 178,000 in April, and 180,000 in June — following Biden’s easing of immigration restrictions.

Publicly, Mayorkas tweeted from his government account Thursday that this escalating border situation presents “a serious challenge,” but maintained the Biden Administration policy of refusing to call the situation a “crisis.”

On Friday, Mayorkas did not respond to the Fox News report, but instead shifted attention in his Tweets from the border to the topic of domestic terrorism.

In a new National Terrorism Advisory System (NTAS) bulletin that Mayorkas tweeted out Friday, the DHS secretary redirected Americans’ attention from the border crisis to unnamed threats of “racially- or ethnically-motivated violent extremists” — or “RMVEs” — inside the country.

This bulletin, scheduled from August 13 to November 11, states:

“These threats include those posed by domestic terrorists, individuals and groups engaged in grievance-based violence, and those inspired or motivated by foreign terrorists and other malign foreign influences. These actors are increasingly exploiting online forums to influence and spread violent extremist narratives and promote violent activity. Such threats are also exacerbated by impacts of the ongoing global pandemic, including grievances over public health safety measures and perceived government restrictions.”