How It All Came About 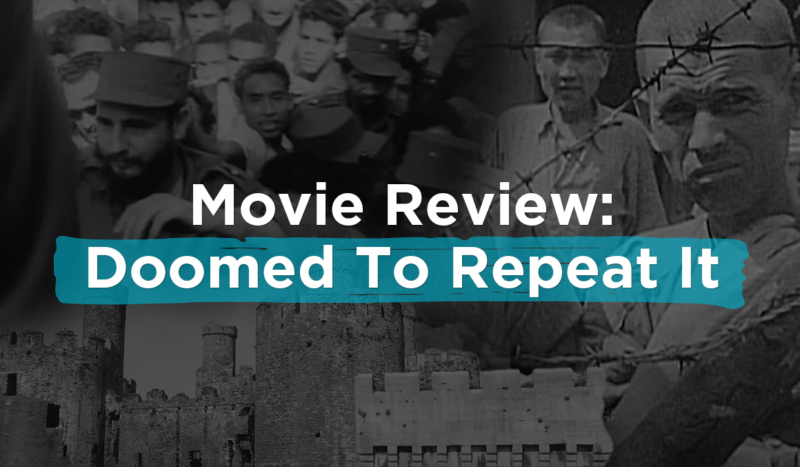 The title of BR Coalition’s new film Doomed To Repeat It, poses an obvious, yet serious and profound question: what exactly is it that society is doomed to repeat?

Released on July 5, the film features a careful review of history revealing shocking and insightful evidence of how historical figures have learned to control the masses.

The film analyzes the brutality of socialist and communist regimes in order to discern the patterns that led civilizations to near total collapse. Reviewing Nazi Germany, Cuba, and Argentina, as well as other dictators throughout history, the film uncovers the conditions  of mass psychosis and national self-destruction.

Doug Berry, executive director, created the film to remind people of the importance of remaining vigilant against the rise of totalitarian regimes. He searches far and wide for answers to his questions: What happened in the months leading up to Auschwitz? Years before? How did one person gain so much power? Why did people let him? How did an entire nation of ordinary men and women embrace his orders to murder their own neighbors, friends, and even family members?

Berry strings together a series of interviews with survivors of Communist states with testimony from historians and psychologists and quotes from some of the world’s most brutal dictators.

The result is a psychological analysis of what it means to control someone’s emotions: a process of creating, perpetuating, and dramatizing a fear beyond belief – because fear is what blocks rational thought.

Method Behind The Masses

“Science, logic and correctness have nothing to do with it,” says Dr. Mattias Desmet of the University of Kent in Belgium. It’s about psychology.

“The reason they buy into the narrative is because it leads to this new social bond,” he explains, which they use to replace the bond that was usurped by false imitations of real truth.

Movies have long portrayed villains as evil geniuses, but rarely do we see the method behind the madness.

To get at that method, Jason Jones, president of Movie to Movement, poses a question: where was Peter when he denied Christ? Was he alone? Or was he in a crowd?

The “genius” of aspiring tyrants lies in their ability to use the crowd to make individuals do terrible things.

“I didn’t feel the need to have proof to execute an enemy,” said Che Guevara, Argentine Marxist and military theorist of the Cuban Revolution. “If I felt it necessary, then I would order it done. I enjoyed the horrible smell of gunpowder and blood. I confessed my taste for killing.”

Make Peter afraid. Put him in a crowd. Let them do the dirty work.

Through evaluating human behavior both in isolation and in community with others, we learn not only how they can be persuaded to accept something, but also how they can literally come to deeply believe in an utter falsity.

“Make the lie big, make it simple, keep saying it, and eventually they will believe it,” said Joseph Goebbels, Nazi minister of propaganda.

Throughout the course of human history, human beings have made vast changes to their culture and technology, but one thing has remained constant. We are still overwhelmingly emotional creatures – especially when in groups. The trick to controlling vast populations is in letting fear dominate their emotions, because if they are afraid, they are easy to manipulate.

In “Doomed to Repeat It,” Doug Berry helps us to understand the process through first-hand accounts of the survivors in some of history’s greatest totalitarian regimes.

The consensus? Either you start fighting, or they win.

This film is a must-see for anyone interested in expanding or maintaining true human freedom. In a world where the line between freedom and oppression has been so blurred, it has never been more necessary to study history.

After all, “to be ignorant of the past is to be forever a child” (Cicero).

Word of the Wise

“Doomed To Repeat It” is free for viewing on YouTube, but CatholicVote recommends this film for adults and students over the age of 16 due to the graphic violence of some of the historical content.