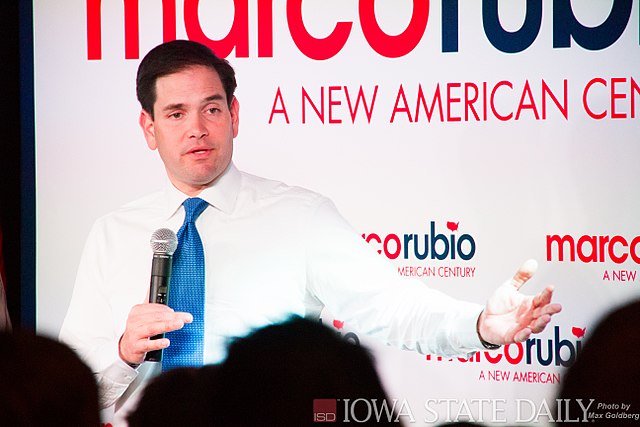 CV NEWS FEED // Republicans have introduced legislation in both chambers of Congress to ban federal funding for racially divisive lessons in history and civics classrooms.

Senators Marco Rubio (R-FL), Kevin Cramer (R-ND), and Mike Braun (R-IN) introduced the Protect Equality and Civics Education (PEACE) Act in August to discourage the teaching of divisive concepts like Critical Race Theory (CRT) in US classrooms under the Department of Education’s American History and Civics Education program. The legislation seeks to codify the Trump Administration’s definition of divisive concepts in the Executive Order on Combating Race and Sex Stereotyping.

“The story of our nation is under attack as the radical left continues to attempt to rewrite American history and categorize our citizens into an oppressor and oppressed class,” Rubio said in a statement on his website. “I will not allow American students to be subjected to propaganda that seeks to divide and indoctrinate future generations into believing that some individuals are inherently racist solely due to the color of their skin.”

Representatives Madison Cawthorn (R-NC) and Virginia Foxx (R-NC), Ranking Member of the House Committee on Education and Labor, introduced the companion legislation in the House of Representatives last May.

“Critical race theory is a cowardly attempt, by those who hate this nation, to rob the cradle and rewrite American history in one swift move,” Crawthorn said in a statement posted on the committee’s website.

Foxx added: “America is not a racist country. We are a collection of the failures and successes of past generations to create a nation grounded in the idea that all people are created equal. That is what our schools should be teaching our youth, that no matter your background, there is room for you to succeed in America.”

Neither the Senate bill nor its House companion received any bipartisan Democrat sponsors. As such, the bills remain unlikely to pass unless Republicans win back the House and Senate in the 2022 midterm.

Even in that scenario, the legislation would need the signature of President Joe Biden, who after taking office promptly reversed a Trump-era ban on mandatory critical race theory training for federal employees, despite presenting himself as a moderate Democrat during the 2020 presidential campaign.

According to a USA Today/Ipsos poll published Sept. 10, 60 percent of American parents want kids to learn about the continuing effects of slavery and racism in K-12 education, but only half want their children to learn critical race theory.

“That disconnect underscores the heated feelings parents have about race-related conversations and how teachers should be handling that and other delicate topics,” Erin Richard and Alia Wong wrote in USA Today’s article about the poll.

The article noted that while roughly 4 in 10 parents support limiting the teaching of critical race theory in schools, fewer than 1 in 4 want children to start learning about racism in kindergarten.

The survey of 2,000 representative Americans, conducted Aug. 30 to Sept. 1, also revealed a deep partisan divide on the topic that helps explain the lack of Democrat cosponsors on the recent GOP bills.

More than 8 in 10 Democrat parents believe their children should learn about the current impacts of of slavery and racism, compared to fewer than 4 in 10 Republican parents.

Nevertheless, David Hinojosa, an attorney with a nonprofit that seeks to undermine state bans on CRT, was more concerned that 1 in 4 respondents overall do not want schools teaching about racism and slavery at all.

“Who are those one out of four parents who don’t want their kid learning history?” Hinojosa told USA Today. “Or do they think American history should be taught, but without slavery?”

Many states have already banned divisive topics in school curriculum, although the bans do not always mention CRT explicitly. The state school boards in Florida, Georgia, Utah, and Oklahoma have introduced guidelines barring CRT-related discussions, and an analysis by the liberal Brookings Institute in August found 20 more states were considering similar measures.

Rubio’s Senate co-sponsors contend CRT teaches that the United States is a systematically racist country, requiring white children to see themselves as privileged oppressors and black children as victims.

“Critical Race Theory teaches young people to distrust each other at a time when this country needs unification more than ever,” Braun said in the statement on Rubio’s website.

Cramer added that CRT creates a new inequality among children from a young age: “Critical Race Theory is antithetical to the American ideal that all are created equal. It should never be endorsed, much less funded by the Department of Education.”

Rubio is also promoting several related bills. He is a cosponsor of Senator Tom Cotton’s (R-AR) Stop Critical Race Theory Act and Combating Racist Training in the Military Act, as well as a cosponsor with Braun and Ernst of the Protecting Students from Racial Hostility Act.