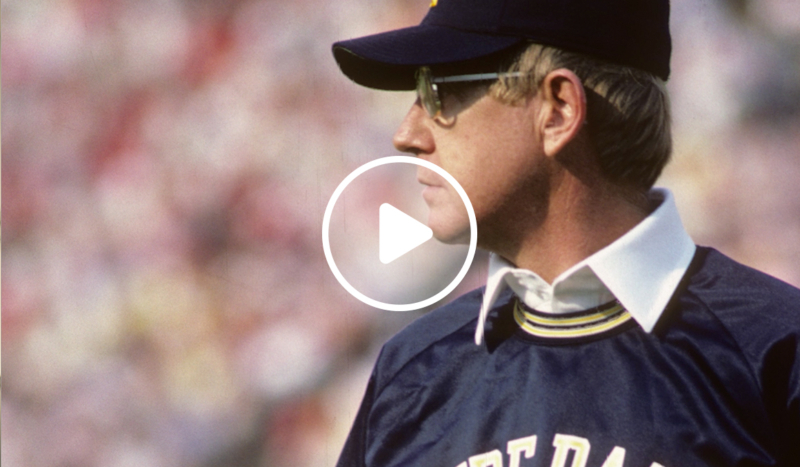 College football in the Midwest is back.

This weekend Big Ten football will play for the first time this season. Thanks to President Trump.

WATCH IT HERE: check out our new ad with Lou Holtz!

Don’t forget: Democrat governors in Wisconsin, Michigan and Pennsylvania have discriminated against churches, Catholic schools, and small businesses. They’ve imposed restriction after restriction… denying basic common sense and sometimes even the “science” they claim to follow…

…and they almost stopped college football until President Trump intervened.

Democrats have become the party of doom.

Just last night, Joe Biden said: “We are about to go into a dark winter.”

The fact is Democrats want the whole country shut down and everyone miserable so that Americans will blame Trump and throw him out of office. Democrats didn’t cause this pandemic, but they certainly didn’t let this ‘crisis go to waste.’

That’s why even if you’re not a college football fan, you can see the importance of this battle.

President Trump intuitively understood it. He knew that bringing back Big Ten football would be a huge step in bringing back some sense of normalcy. Especially in the states of Pennsylvania, Michigan, and Wisconsin — states that were crucial to his victory in 2016, and states he’s counting on again.

College football is a great American tradition. It can be played safely — and starting tomorrow in the Big Ten, it will finally get underway again.

Lou Holtz puts it best: “Don’t try to keep me alive by keeping me from living.”

Thanks to you… Catholic voters in these key states will see this important message from Coach Holtz.