Farce Impeachment Trial to Be Concluded Within a Week 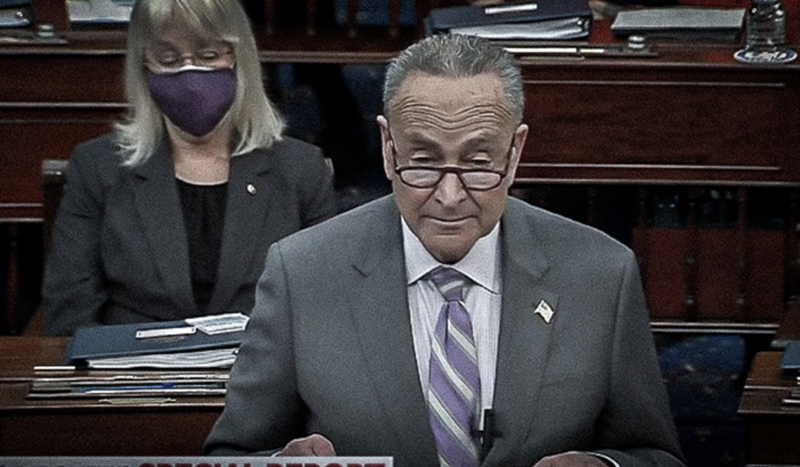 Like or hate Trump, the Senate’s impeachment trial is a farce.

And even Senate Democrats know it.

Senate Majority Leader Chuck Schumer has already agreed on a fast-track timetable that will conclude the trial in less than a week.

You’ll hear from the House impeachment managers, the former president’s legal team, and of course, the senators will make their speeches.

No witnesses. No real debate. Lots of blustering aimed at punishing political enemies.

The purpose of an impeachment trial is to consider whether an elected official is guilty of “high crimes or misdemeanors” for the purpose of removing them from office. Except President Trump is no longer in office! Which is why many scholars have argued that the trial itself is not even constitutional.

So what’s the point of all this?

President Trump gave an impassioned speech on January 6 about election integrity. Many Americans even today wonder about allegations of illegality and fraud. But he never called for violence, or for a riot at the Capitol. He called on rally attendees to fight for the truth, and to march “peacefully.” Instead a reckless group of rioters decided to imitate BLM.

DOUBLE STANDARD? If Democrats are serious about rebuking Trump because they believe his speech was reckless or “incited violence” then they need to be consistent. Not a single Democrat has been corrected or held accountable for their own reckless speech against the President. Should Bernie Sanders be held accountable for the superfan who opened fire on Republican lawmakers on a softball field?

Their punishment? Fawning praise by the media.

If Democrats were serious and took responsibility for their own reckless rhetoric, they could work with Republicans on a possible resolution to censure former President Trump.

But they aren’t serious. And the hypocrisy is glaring.

This is about Democrats yelling loud, one last time, about how much they hate Donald Trump — and everyone and everything he stood for.

They can’t let him go. He gets under their skin. And I think you know why.

Republican leaders over the last twenty years have often resembled the hapless Washington Generals team that the Harlem Globetrotters run circles around. For far too long, Republicans had hoped that their earnestness and good faith would be congratulated by the media, and that the media would in turn hold Democrats accountable.

But the problem is that the media gatekeepers are referees who are really wearing blue jerseys.

Millions of people in this country are sick and tired of the double standards. Americans are passionate, and we like to win. But we must have basic fairness. When the Democrats and the mainstream media acting as one, our country suffers.

Over the last decade, we’ve seen the left weaponize and politicize everything from business to sports. Their rigid ideology demands atonement and submission. The only thing they seem to understand is power.

Donald Trump is not flawless by any means.

But this impeachment effort is nothing but a political stunt.

And for good reason, it is destined to fail.