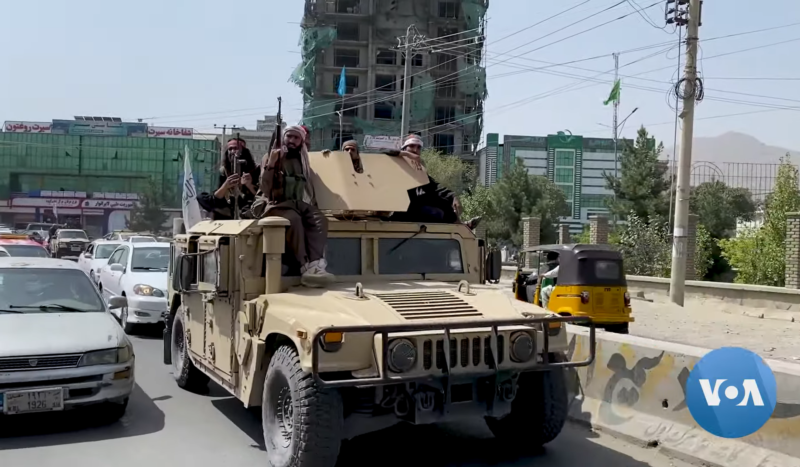 Pentagon officials estimate that the Taliban has captured 2,000 armored vehicles and up to 40 aircraft (including Black Hawk helicopters). Social media photos have shown Taliban fighters driving U.S. Humvees and wearing special forces tactical uniforms. It is believed that the Taliban also control the vast majority of the supplies once held by the Afghan army. Since 2003, the United States has equipped the Afghan army with more than 600,000 infantry weapons, 162,000 pieces of communications equipment, and 16,000 night-vision goggles.