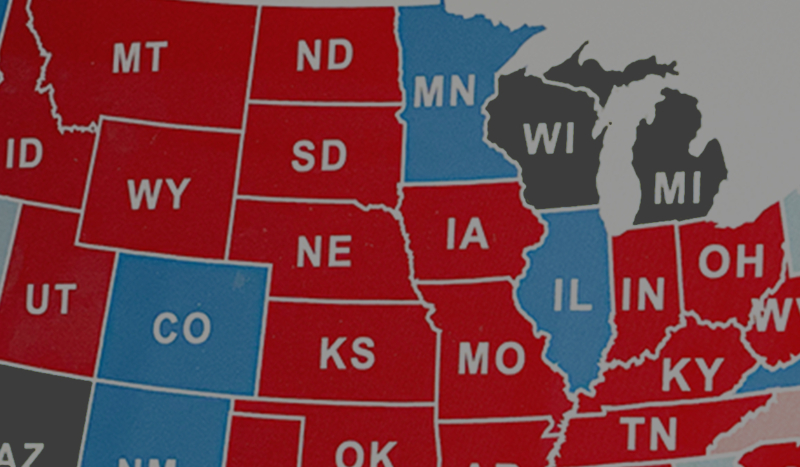 According to a new Economist / YouGov poll, 86% of Trump voters do not believe Biden “won” the election legitimately.

We’ve spent the past week diving into the data. We’ve tried to stay objective. “Follow the science,” right!? Our data team is offering expertise to the Trump legal effort, sharing everything we have learned or discovered.

Was there widespread fraud? Can it be proven?

Every election includes irregularities. Yet this election deserves extra scrutiny, in part because of the massive number of ballots submitted by mail, and counted under suspicious circumstances. This morning, officials announced a hand-recount in Georgia. There also appear to be substantial violations of the verification process for absentee ballots in Pennsylvania, while the Arizona margin remains razor thin…

Our position is simple: Count every legal ballot. Disqualify all illegal voters and illegal ballots. Open the voter rolls. Make everything transparent. Give voters the confidence that our elections are conducted with integrity and honesty.

Surely every reasonable American would agree — we must get this right. If Americans lose faith in our electoral process, our democracy will crumble.

I pledge to you that our CV staff is doing everything possible to ensure a fair and transparent election.

We are now engaged on two fronts.

Not only are we providing assistance in the election integrity efforts in multiple states, we are also now shifting ALL of our national and field teams to focus on the Georgia Senate runoffs. The outcome of these two special elections in January will determine who controls the U.S. Senate.

Today, over 1 million Catholics live in the metro area … and that number is growing fast.

The Catholic vote in Georgia will be critical in these races. We’re taking everything we just learned from the election (both good and bad), to maximize turnout among Mass-attending Catholic voters on Jan 5. And we’re also demanding protections so that this special election will be fraud-free.

Don’t forget… if we lose the White House and both these Senate races, guess who would break a tie in the Senate: Kamala Harris.

Not if we can help it.

The latest polling shows both Georgia Republicans slightly ahead. I am confident that we can win BOTH of these races. You can help our efforts with your donation here.

P.S. What can you do? Stay engaged. Keep praying. An ecumenical group of Catholics and Protestants are now gathering every day at noon around state capitol buildings to pray. The gatherings are inspired by the Book of Joshua where the Israelites marched around the walls of Jericho for six days before conquering the land of Canaan. If you live near a state capitol, we encourage you to participate.

If you don’t, you can still join them in prayer remotely.