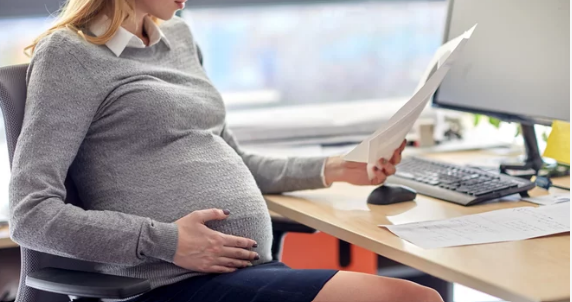 H.R. 1065, the Pregnant Workers Fairness Act (PWFA), passed the House in May 2022 and is headed for the Senate, possibly during the current “lame duck session.” The legislation offers necessary protections for working mothers but in its current form could also be used to force employers to pay for abortion-related expenses.

Pro-life Catholics and their allies should advocate vigorously now for Congress to add clear language that excludes abortions and offers robust conscience-rights protections. Otherwise, the support that PWFA offers for pregnant women could sentence Catholic and other religious organizations to years of litigation.

The bill, sponsored by Congressman Jerrold Nadler, D-NY, makes it unlawful for employers to refuse “reasonable accommodations” for “known limitations related to … pregnancy, childbirth, or related medical conditions.” It protects workers from being denied employment opportunities, being forced to take unpaid leave, or being retaliated against for requesting such accommodations.

For example, if a female cashier requests something as simple as a chair to sit on during her pregnancy, permission to carry a water bottle, or time to make crucial prenatal care appointments, her employer must accommodate those requests.

As hard as it is to believe, protections like these are still necessary. Previous pregnancy legislation such as the 1978 Pregnancy Discrimination Act have proven ineffective and highly burdensome to vulnerable women.

The Bad and the Ugly

While H.R. 1065 offers many of the protections Catholics and their allies have always wanted for pregnant mothers, there is a dark underbelly to the bill that must be addressed before we can accept it as a real solution.

The bill is stand-alone legislation that deliberately fails to incorporate Civil Rights Act (CRA) religious-organization protections. In fact, it includes no provisions for religious organizations. This is important, because in the current legal system and culture at large “pregnancy, childbirth, or related medical conditions” includes both contraception and abortion.

“If an employee working for a religious organization requests time off to have an abortion procedure,” explained Rep. Virginia Foxx, R-NC, “H.R. 1065 could require the organization to comply with this request as a reasonable accommodation of known limitations related to pregnancy, childbirth, or related medical conditions.”

In other words, while the bill protects women who simply want to maintain healthy pregnancies in order to give birth to healthy infants, it also opens the door for women seeking to terminate their pregnancies demanding that employers support them.

The bill’s language is intentionally vague and offers no specific examples of what would qualify as “pregnancy-related” work situations. It delegates that responsibility to the Equal Employment Opportunity Commission (EEOC), an administrative body responsible for enforcing federal anti-discrimination laws in the workplace.

The EEOC does not typically act in a way that aligns with pro-life or Catholic views. In general, the EEOC has interpreted “pregnancy-related” discrimination issues to include protecting workers’ “right” to abortion.

The RFRA, however, would not protect Catholic organizations, or secular pro-life organizations, from charges brought by abortion-minded women under the Pregnant Workers Fairness Act. Under RFRA, the federal government is allowed to disregard religious protections if it has “a compelling governmental interest” at stake.

According to J. Matthew Sharp, senior counsel at Alliance Defending Freedom, the courts rule “in favor of the federal government and against those attempting to be free of substantial burden on their religion in over 80 percent of RFRA cases.” In “reproductive health” cases brought under the guise of the Pregnant Workers Protection Act, religious organizations would be naive to expect any different outcome.

In fact, when the bill was in committee, Republicans requested only one amendment – adding the more forceful religious protection language from the Civil Rights Act. This language bars the federal government from interfering with the employee policy decisions of religious organizations.

Although H.R. 1065 is not the bill Committee Republicans would write given a blank slate, the improvements included provide sufficient clarity to pregnant workers and employers regarding their rights and responsibilities, with the exception of the omission relating to religious organizations.

Every Democrat refused the amendment and voted against it. As a result, the 23 Republicans, who supported every other measure in the bill, ultimately opposed H.R. 1065.

“How could they support it?” Tom McClusky, CatholicVote’s Director of Government Affairs, remarked.

Abortion, the deliberate ending of an unborn child’s life, is currently understood by the Democratic party and left-leaning judges in America as a valid form of ‘pregnancy support.’

“I’m surprised some pro-life groups that aren’t covered under RFRA don’t seem to realize how this bill would impact their own operations,” said McClusky. “Under the bill, these pro-life groups can be sued if they don’t provide their employees special leave to get abortions.”

Even the United States Conference of Catholic Bishops has contacted senators and representatives urging support for the controversial bill. Four major USCCB committee heads signed the letter, which appears to offer a blanket approval of the Pregnant Workers Fairness Act. In its endorsement, the USCCB states:

[We] support efforts to make the workplace more receptive to women and their preborn children by requiring employers to provide short-term, reasonable accommodations during pregnancy, such as being able to carry a bottle of water, a stool for jobs involving long periods of standing, or lighter duty for jobs entailing heavy lifting. No woman should be forced to risk her child’s health, miscarriage, preterm birth, economic security, or losing insurance just because she requests a pregnancy-related accommodation.

“All of these are necessary and laudable measures,” McClusky commented.

The problem is that we are living in a political environment where “pregnancy, childbirth, and related medical conditions” unfortunately includes contraception and abortion. Catholics and pro-lifers should demand care for women that explicitly rejects the notion that killing their babies is a form of “care.”

Given the current threats to religious freedom, which the USCCB details at length on its website, pro-life organizations and the USCCB itself should consider carefully the red flags raised by the PWFA.

The question is not only how the EEOC will choose to enforce the law, but how the courts will respond when pro-abortion plaintiffs file the inevitable lawsuits demanding accommodations for abortion.

As we have seen in the recent drawn-out court battles of the Little Sisters of the Poor, that is not an unlikely scenario. When Catholics and their allies reach a point where they must spend years in litigation, nobody wins.

Instead of whole-hearted endorsement of the bill, these groups should use their position to champion its strengths while demanding clarification of its language.

At best, the bill would explicitly exclude both contraception and abortion from “reasonable accommodations.” Since this is unlikely, pro-lifers should at least join with Rep. Virginia Foxx and demand strong protections in the bill itself for religious organizations.

Advocates could point to the numerous state-level pregnancy accommodation laws for examples of legislation that both supports mothers and upholds conscience rights. In Kentucky, for example, almost identical protections are required in a law that also includes religious organization protections. Fifteen other states already have similar legislation in place.

The question facing the pro-life movement is whether or not it is willing to champion this much-needed legislation in the full knowledge that there will be significant negative consequences for its own organizations … and for the unborn.

But the question doesn’t have to be answered now. As Congress heads into the lame-duck session, the best option for pro-lifers is to wait until there is more opportunity to turn the Pregnant Workers Fairness Act into the great piece of legislation that it could be.

“In less than a month we will see a new Congress, with a new, more conservative leadership and many new representatives,” said McClusky. “Whatever passes in a lame duck will have been pushed by the Congress that America fired. No respectable member of Congress should vote for any substantial piece of legislation – especially legislation that ignores religious concerns – in a lame duck session.”