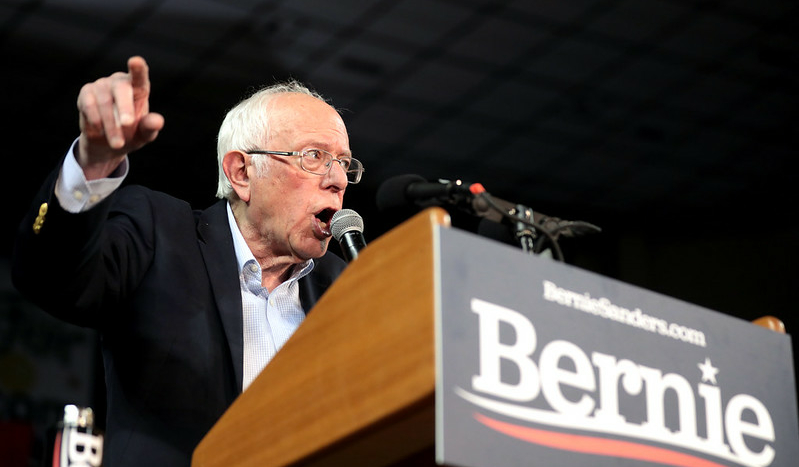 Democrats rejected a radical socialist takeover of their party.

BLOOMBERG OUT: Moments ago, Mike Bloomberg suspended his campaign and endorsed Joe Biden. After spending over $500 million, he lost every state, except the U.S. territory American Samoa. Bloomberg spent $18 million in Virginia alone, but finished in fourth place with 9.7%. Mike Bloomberg is proof once again that progressive whining about money in politics is foolish. Bloomberg’s money couldn’t make up for his unpopular policies, personal past, and the perception that he was trying to buy the election. Ideas and leadership are what win elections, not simply money.

SANDERS SLIPS: Bernie was the frontrunner, and presumed inevitable nominee. That is, until he spent a week proving that he remains a socialist radical out of step with the majority of even his own party, including by doubling down on his defense of Fidel Castro. But Bernie leads a sizable movement, which is willing to fund and power his candidacy deep into the primary process. Many predict the loyalty of his followers will make a convention fight inevitable.

ESTABLISHMENT BACKS BIDEN: Democratic candidates Tom Steyer, Amy Klobuchar, and Pete Buttigieg quickly exited before Super Tuesday to salvage a chance at stopping Bernie Sanders. And it worked. Yet less than a week ago, Biden was the preferred candidate of less than 25% of his party. Beneath the surface, Democratic voter doubts remain. Last night felt like a party settling for a nominee, not rallying. This is not a recipe for success over the long term.

Is “Not Trump” enough for Biden?

Ask yourself this question: can you name one policy Joe Biden is rallying voters behind?

The answer: there is no policy or plan. The rallying cry appears to only be that he’s not Donald Trump. History suggests winning campaigns have to rise above merely being NOT the other guy. But Democrats appear ready to settle for anyone that can beat Trump. And Biden is now best positioned to build on last night’s momentum and emerge as his party’s nominee.

HERE’S THE DEAL: everything we are doing just became even more critical.

We may soon face the prospect of a national candidate for office who claims to be Catholic while supporting abortion on demand for all nine months. A “Catholic” who officiated a same-sex “wedding” as Vice President. A “Catholic” who fully supports the radical sexual revolution’s LGBT war on biology.

Joe Biden has played the “personally opposed” card for decades to fool voters — especially Catholics. He’s a candidate who last year sold his soul to the abortion lobby by caving on the most basic decades-old compromise on taxpayer funding for abortion.

…and he’s a candidate who has been banned from receiving Communion.

And let’s not forget, Biden led the fight to destroy Justice Clarence Thomas in 1991. He will be a puppet president used to roll back President Trump’s transformation of the American judiciary.

Biden is gaffe-prone, creepy and corrupt…

But he will be a fierce competitor for Catholic voters, exploiting his Catholic identity — especially in the Upper Midwest — come November.

The Church will soon be thrust into the middle of one of the most historic elections in American history.

We’ve been preparing for this for the past two years.

With your help, we’ll be ready.