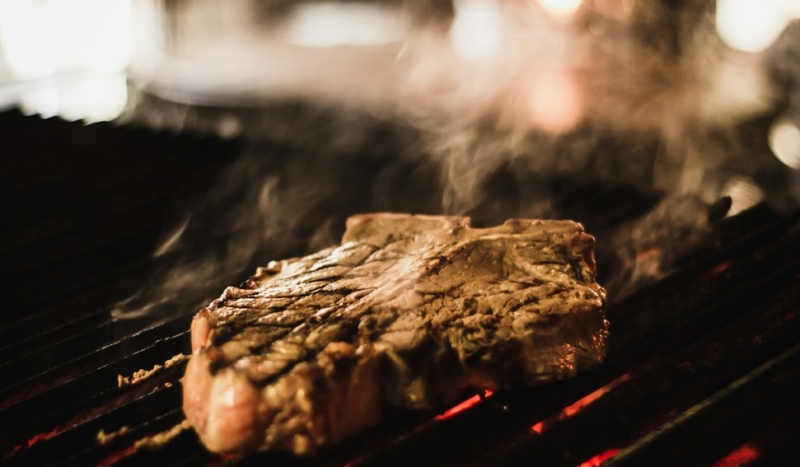 Dr. Meat Friday, PD is a renowned expert on the theology of meat and grilling, a field that is still in its infancy and sadly still not well respected. On this the holiest of holy days – the rare Lenten “meat friday,” we decided to interview the man known only as Meat Friday and understand the theology of meat and grilling. Meat Friday is one of the only men in the world with worldwide grilling jurisdiction that gives him license to even tend other men’s grills. He can be contacted directly with grilling questions at meatfriday@gmail.com

CatholicVote: How did you become an expert in this field?

Meat Friday: I started to become deeply interested in the Theology of Grilling in the late-1980’s. This of course, was not a popular subject at the time. Most people in the Church then were far more interested in arguing about contraception, as if sex could ever be more interesting than meat! I was called to pursue dedicated study in the Theology of Grilling which culminated in my degree as a Doctor of Pork from the University of Central Arkansas. I have appealed to several Roman pontifical universities to grant me the first ever SCD, Doctor of Sacred Meat, but they don’t return my phone calls.

CatholicVote: How is grilling a moral act?

Meat Friday: Most people don’t know that whether grilling constitutes a moral act or not was a hotly debated topic during Vatican II. A young bishop Karol Wojtyla, in fact had recently published a series of essays (alas available only in Polish) entitled Grilling and Responsibility (which by the way has a wicked recipe for chimichurri in the last chapter). He was the first to speak of grilling in these terms.

He made the case succinctly: man was created by God, man discovered fire (through the Creator’s beneficence), and man, in a moment of divine inspiration, began roasting animals from within the Garden of Eden over live coals. God smelled the roasting meat and told Adam “This is Good.” (this apocryphal story has since been confirmed by some of the Dead Sea scrolls).

Wojtyla was of course opposed at Vatican II by Karl Rahner, SJ who advocated for the grilling of vegetables only and outright rejected the use of charcoal saying famously, “man has an inherent right to the liberal use of propane as his conscience, and his conscience alone, dictates.” No one liked his cooking.

Meat Friday: Definitely, we need look no further than the famous sermons by St. John Henry Newman, the Anglican convert and former vegan, as he preached the history of grilling from basic cave-fires, through early Weber kettles and smokers, and even gas grills. He is well known for his insightful words: “To be deep in Grilling is to cease to be Protestant.”

CatholicVote: Would you describe yourself as progressive, conservative, traditional, or something else?

Meat Friday: I would have to say a conservative with traditional leaning. I must admit that despite some disagreement I have some admiration for Archbishop LeGrille, the late French bishop who vigorously opposed all modern grills. He was known to speak harshly against any grill that was more advanced than a wood fire in the bottom of an old, steel, oil drum. Although, I prefer grilling over wood fire I can accept the moral use of charcoal and gas when used as God intended. St. John Paul II articulates this best in his bombshell encyclical Grillitatis Splendor, a document that, when published, sent many a Jesuit professor running for the closest vegan café.

CatholicVote: How does grilling promote a stronger prayer life?

Meat Friday: A long-standing tradition within Catholicism has been the use of fire when praying. It is required to have lit wax candles at every Mass. Grills are essentially really big candles that get really hot and create smoke, which as we all know is just the incense from our medium-rare offerings to the Lord.

CatholicVote: What are the sources of the Church’s teaching on grilling?

Meat Friday: They date back to the early days of the Church. In fact, the esteemed meat scholar, Dr. Ioannes Albus, attributes the earliest theology of grilling to St. Lawrence “who, he himself, was grilled.”

CatholicVote: How have your ideas been received in the Vatican and in Catholic academia?

Meat Friday: That’s been a tough one. I am no longer able to use my real name publicly. Since, I have not been invited to speak at any Catholic universities, I have had to resort to standing at the edge of campuses and shouting. This has resulted in several restraining orders. And I am probably one of the only people alive who can claim to have personal letters from three consecutive popes that all use the word “idiot.”

CatholicVote: If the Church were to add a title to the Litany of St. Joseph to reflect his grilling talents, what should it be and why?

Meat Friday: Terror of Vegans…pray for us.