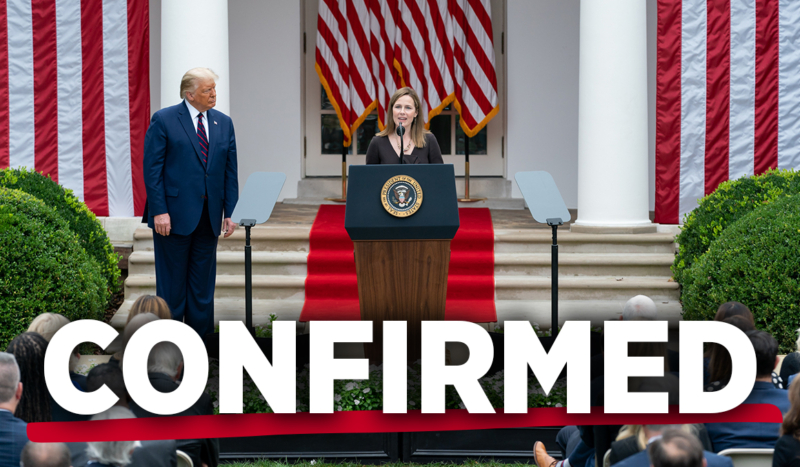 This is why we elected a pro-life president!

We have just over one week left until Election Day. Our teams are running at full capacity. Tens of thousands of calls, text messages, Facebook posts, YouTube videos and other advertising are hitting approximately 3 million critical Catholic voters in seven states RIGHT NOW.

Can you chip in with our final push?

And, believe me, Democrats won’t even wait for a vacancy!

They’re already promising to pack the court with as many as six new justices. That’s not a typo. The radical Left believes that if they win back the Senate and take the White House, they will move forward and destroy the legitimacy of the Supreme Court by adding as many as 6 new ultra-liberal justices.

Talk about changing the rules of the game when you don’t like the outcome!

Except in this case, it’s not a game. We’re talking about our country.

I shudder to think what a newly-packed Supreme Court will do to our schools, to our churches, to our religious freedom… and to the unborn. If the Democrats win and follow through on their plans to pack the Court, it could be the end of the Catholic Church in America.

This is why electing a pro-life president is so important.

We have ONE WEEK left in this historic election.

This is your last chance to help us finish the job.

P.S. Irony alert! A moment ago Joe Biden tweeted that “more than 60 million Americans have voted… they deserve to have their voices heard on who replaces Justice Ginsburg.”

They do deserve a voice. And we will be their voice on Nov. 3.