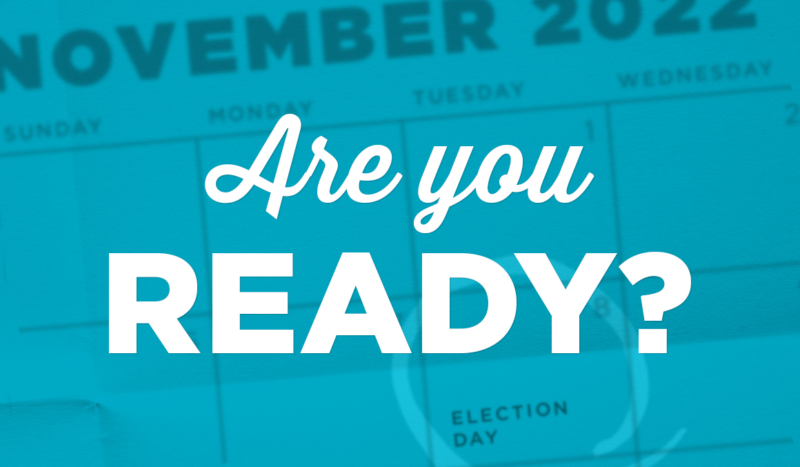 It’s the last week of summer…

Labor Day typically marks the start of the sprint toward Election Day.

That means one week from today, it’s “game on.”

Here’s a sneak peek at what we have planned:

DO YOU REMEMBER? Last June, 60 pro-abortion Catholic politicians wrote an open letter to our bishops demanding that they stand down – and accept the scandalous status quo of pro-abortion politicians receiving Communion despite their public and persistent opposition to Church teaching. The bishops chose not to directly address this scandal.

But that doesn’t mean we can’t…

We’ve identified at least 10 key races where Catholic politicians who signed that open letter are now running for re-election in competitive House districts. Think about it this way: the 2022 election is not only about electing pro-life candidates who will protect the family, build a just economy, and defend religious freedom – it’s also about protecting the integrity of our Church.

Don’t forget, lay Catholics can’t deny the Eucharist to a public official, but we CAN deny them their seat in Congress!

CATHOLIC VS. CATHOLIC SHOWDOWNS Control over the U.S. Senate is likely to come down to several key states. Some of these include races that pit a pro-life Catholic candidate againist a pro-abortion Catholic.

CV is already mobilizing in each of these states….

BATTLE FOR THE HISPANIC VOTE  Late last week NBC reported that President Biden’s approval rating is surging, especially among Democrats. But guess where it continues to suffer? Among Hispanics. Hard-Left progressive Democrats are terrified of losing their stranglehold on the Latino voter. They’re especially afraid of the momentum behind candidates like CatholicVote-endorsed Mayra Flores, the Mexican-American Republican who made headlines after winning a blue district in Texas’ Rio Grande Valley earlier this summer (CV was involved in her special election, as well).

Remember, over 50% of Latino voters are Catholic….

That’s why CV is prepping our biggest and most aggressive effort ever — to educate and turn out Latino voters.

In many ways, this is our top priority.

REALITY CHECK  Just four months ago pundits were predicting a “red wave.” No longer. As things stand today, Democrats are positioned to maintain their slim majority in the Senate, while Republicans are predicted to win back control over the House, albeit by much smaller margins than many have been predicting.

…nine weeks is an eternity in politics. The economy is anything but certain. Democrats are banking on abortion radicalism. Many voters remain undecided.

We’re preparing to mobilize thousands of volunteers, and contact millions of voters. This will include millions of text and video messages, phone calls, and postcards, as well as digital ads on social media, YouTube, television, and radio.

The goal is simple: deliver critical news and information to make sure EVERY CATHOLIC VOTER knows the truth about the candidates, and how to vote with an informed conscience.

or our entire Church!

PS. Give to support these efforts. Don’t wait! Give today to make a difference. [COUNT ME IN!]