Church to Beatify Pope John Paul I Next Year 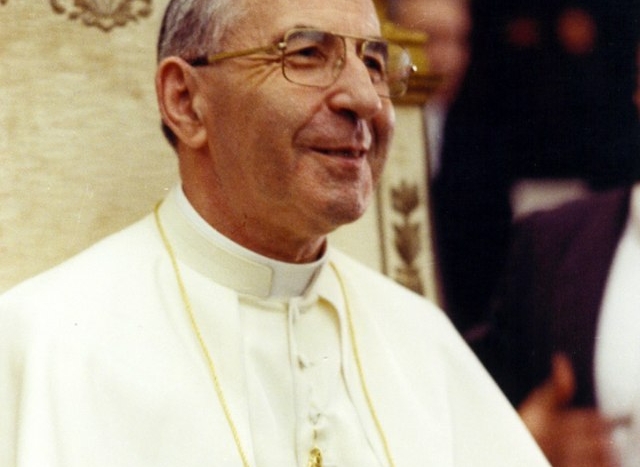 CV NEWS FEED // An Italian newspaper reported that the Catholic Church is on track in 2022 to beatify John Paul I, the “smiling pope” who reigned 33 days in 1978 before dying under mysterious circumstances.

On Aug. 26, the 43rd anniversary of his election as pope, veteran Rome correspondent Gerald O’Connell reported for America on the article that confirmed the beatification in that day’s edition of Avvenire, the daily newspaper of the Italian Catholic bishops. Although the move awaits Vatican approval, it appearance in the official news organ of the Italian episcopal conference makes it a foregone result.

Stefania Falasca, an Italian Catholic journalist and biographer of the late pope who serves on the church-appointed team promoting John Paul I’s sainthood, said the beatification hinges on Vatican recognition of the alleged miraculous healing of an Argentinian girl who prayed for health through his intercession.

Born Albino Luciano, the last Italian pope died of a heart attack on September 28, but Vatican secrecy about his death created a thick cloud of mystery, resulting in a string of books and films suggesting he had been murdered.

Upon his election to the papacy in 1978, Luciani took the papal name “John Paul” to honor his immediate two predecessors who had opened and closed the modernizing Second Vatican Council of 1962-1965, Pope John XXIII and Pope Paul VI. Perceived generally as a progressive, Luciano was succeeded by the more conservative Cardinal Karol Wojtyla, a staunch anti-communist who took the name John Paul II to honor all three of his predecessors and went on to a historic 26-year papacy.

If John Paul I eventually becomes a saint, he will be the last Vatican II-era leader of the world’s now-1.4 billion Catholics to be canonized. The canonizations of St. John XXIII, St. Paul VI, and St. John Paul II have covered all of the other popes between 1958 and Pope Emeritus Benedict XVI, the retired predecessor of the current Pope Francis.

On twitter Thursday, reaction to the news was decidedly muted. While many self-identified Catholics dutifully re-posted the O’Connell scoop with little comment, others raised questions about recent popes continuing to declare their recent predecessors as saints.

“I mean, there are examples of popes who were canonized on the basis of their sheer personal holiness, without considering the merits of their reign,” Alex Hilton, a Catholic attorney, wrote in one tweet. “But I’ve never heard of a cult surrounding John Paul I. A holy man? Sure. A saint? Hmm.”

The process of the Vatican canonizing a deceased Catholic as an official saint, honoring the person globally with a feast day and special Mass prayers, involves four stages in which the person receives the following titles successively: Servant of God, Venerable, Blessed, and Saint. As “Blessed John Paul I,” the late pontiff will move to the threshold of official sainthood, enabling the Catholic Church to hold him up as a public model of holiness and object of prayer intentions.

Eugenio Pacelli, an Italian who reigned from 1939 to 1958, was the last pope before the Council. Like John Paul I, he also currently holds the title of “venerable,” but retrospective left-wing criticisms of his role in World War II have tied up his cause politically to make him lag behind more recent popes.

While the Catholic Church recognizes that anyone can go to heaven after death, and therefore be a saint unofficially, it canonizes only those departed members of the faithful who it considers to be particularly worthy of imitation.

According to O’Connell, 188 people have testified to Vatican investigators on behalf of John Paul I’s sainthood, including Pope Emeritus Benedict XVI.

The decisive consultation on John Paul II of the Congregation of Saints, the body of bishops who recommend canonization to the pope, is expected to occur in October.