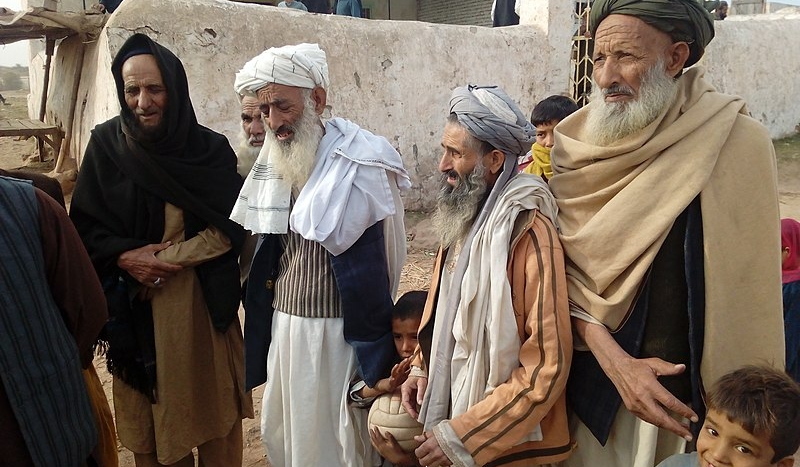 CV NEWS FEED // As the Biden administration scrambles to evacuate an estimated 30,000 refugees from Taliban-held Afghanistan, pressure is mounting from beleaguered Christian missionaries to resettle them in the United States and elsewhere as soon as possible.

Not all of the 30,000 refugees, including non-Afghan U.S. allies, may remain in the United States very long. Many are foreign nationals seeking to return to nearby countries like Pakistan and India, as well as to Europe, but who remain dependent on the faltering Biden Administration to get them out of a country now effectively controlled by gun-wielding extremists.

Some of the refugees are associated with NGOs and Christian missions that established humanitarian outreaches in Afghanistan following the U.S.-led invasion in 2001, putting them at heightened risk of Islamist militant reprisals.

On Aug. 17, Junno Arocho Esteves reported for Catholic News Service that the refugees include two Indian Jesuit priests unable to return to their country. As Taliban extremists conquered Kabul and formally established a new Islamic caliphate on Aug. 15, both the NGO Caritas Italy as well as the Jesuits — Catholic missionary priests who arrived in 2004 — suspended their activities in Afghanistan.

Also on Aug. 17, the United States Conference of Catholic Bishops issued a statement urging the Biden Administration to resolve the 30,000 special immigrant visa applications as soon as possible. Reporting on the statement for Crux, John Lavenburg noted only that the bishops were asking for “quick action,” and not that all of the refugees necessarily remain in the U.S.

“We know that time is of the essence to help our brothers and sisters in need, and we call on our government to act with the utmost urgency, considering all available avenues to preserve life,” Auxiliary Bishop Mario Dorsonville of Washington, chair of the U.S.C.C.B. Committee on Migration, and Bishop David Malloy, chair of the U.S.C.C.B. Committee on International Justice and Peace, said in the joint statement.

In a request for prayers, Josh Manley, a British national and evangelical Protestant pastor based in the United Arab Emirates, wrote in an Aug. 16 article that his fellow pastors in Afghanistan were moving houses in an effort to hide from militants seeking them out. Just days before the fall of Kabul, World Magazine senior editor Mindy Beltz tweeted that Protestant pastors had received late-night letters from Taliban leaders on Aug. 12, warning that “they aren’t going anywhere.”

International media outlets have labeled the situation in Afghanistan, which fell to the Taliban in a coup two weeks before the scheduled U.S. handover, a “humanitarian crisis” that puts women and children at particular risk in the new repressive theocratic regime. But on Capitol Hill, a bipartisan split has emerged on the question of allowing the Afghan refugees to resettle in the U.S., adding an element of indecision to the slowness and confusion of the Biden Administration’s response.

Photographs, news reports, and videos have emerged of women and children beaten severely by Taliban fighters to keep them off the streets. Clarissa Ward, CNN correspondent in Kabul, donned a burka Monday after wearing modern Western clothing in her broadcasts just a day before, protecting herself from Taliban violence as she continues her extraordinary street-side reporting on desperate U.S. allies trying to flee the country before the militants round them up.

An unknown number of U.S. citizens, Afghan allies, and other foreign nationals remain trapped in Afghanistan at press time, unable to get through a Taliban blockade at the American-held Kabul airport. Because the new Islamic Emirate of Afghanistan remains internationally unrecognized as a state government, no treaties exist to expatriate them, and it remains unclear who the Taliban will allow to leave despite their word that U.S. citizens will be able to pass.

Although President Biden has expressed reluctance about receiving all 30,000 refugees, it also remains unclear that he will be able to resist progressives in his party like Rep. Alexandria Ocasio-Cortez, D-NY, who said on Aug. 16 that the federal government has a “moral obligation” to resettle all 30,000 refugees in the U.S.

Gunfire continued to erupt throughout Kabul on Aug. 18, with Taliban checkpoints established around the airport to screen an estimated 10,000 to 15,000 U.S. citizens still seeking to depart. That same day, multiple news sources reported that the U.S. State Department had sent out a bulletin advising Americans in Afghanistan to leave as soon as possible, but adding that they “cannot guarantee safe passage” to the Hamid Karzai airport.