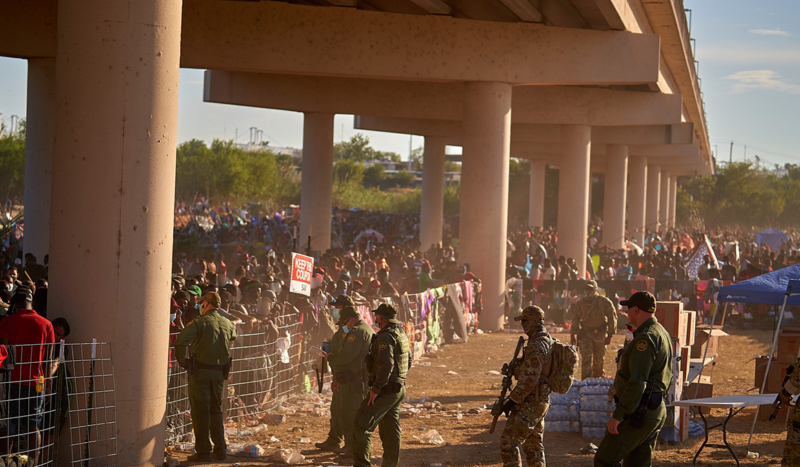 We just sued the Biden administration.

Last September we submitted a “FOIA” (Freedom of Information Act) request for copies of all communications between federal government agencies and Catholic-affiliated charities and organizations on the Texas border.

The Act requires the federal government to respond and disclose these communications in a timely manner.

The Biden administration has refused to respond.

The Biden administration’s lack of transparency and obstruction forced us to file these federal lawsuits. American Catholics deserve to know the full extent of our federal government’s role in funding and coordinating with Catholic Church affiliated agencies at the border, and what role these agencies played in the record surge of illegal immigrants over the past year.

Recall that last summer record numbers of migrants were surging toward the United States. The Biden administration was blocking media access while vulnerable migrant families and children were packed in holding facilities, sleeping in squalor under highways in camps, or worse.

We want to know: What role are Catholic charities, dioceses, or Catholic-affiliated relief organizations playing in this effort? Are they helping house migrants in homes, hotels, or shelters? Are they paying for transportation, flights, buses, or other services – with government money?

Is what they are doing legal?

And is it the right thing to do?

Our first FOIA request to DHS includes all communications between the U.S. Customs and Border Patrol and any of the following:

The second FOIA request to HHS includes all communications between the U.S. Customs and Border Patrol and the U.S. Conference of Catholic Bishops regarding the following:

Catholics – and all Americans – deserve to know what’s going on at our border.

We know every person, regardless of their legal status, deserves to be treated with dignity.

But that’s just it: Our border is in chaos. Women and young girls are being trafficked and raped. Dangerous drugs are flowing into our country, while reports suggest border enforcement officials are overwhelmed and Catholic-affiliated agencies are reportedly working directly with the federal government.

Are they helping? How so? What exactly is happening?

Our southern border is a humanitarian disaster, and something needs to change.

Thank you for your continued support of our work.

I can promise you, we will do whatever is necessary to uncover the truth.

FOXNews.com has published a story on our lawsuit. You can check it out here.