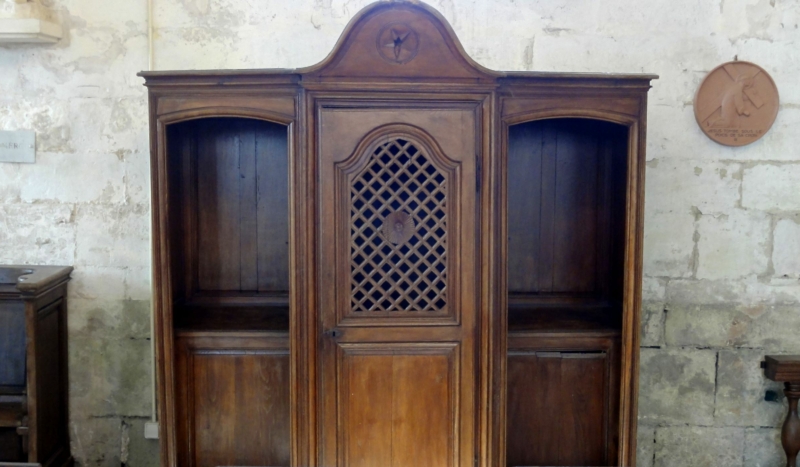 Catholic clergy are sounding the alarm over a proposed law in California that would force priests to reveal the sins they hear in confession – or so state lawmakers think.

If enacted into law, California’s Senate Bill 360 would require priests to report child abuse at the hands of another priest or colleague if they learn about in the confessional. Originally, the bill required priests to report abuse, regardless of who confessed. On May 30, the California State Senate easily passed the bill with a 30-4 vote.

Every effort should be made, of course, to protect children. But the bill demonstrates a fundamental misunderstanding of Catholicism, never mind religion.

In a May 22 video, Bishop Robert Barron of the Los Angeles archdiocese called the bill a “terrible violation of religious liberty” and an “egregious violation of that second clause of the First Amendment.”

If passed, “every priest will be overnight precisely caught in a dilemma,” he said. Either priests face prosecution – and possibly imprisonment – or excommunication.

“What strikes me about this bill,” he said, is how it’s “reaching very deeply into the interior life of the Church, how we manage our sacramental life,” Bishop Barron shared. “That kind of aggression, that sort of violation of religious liberty, I think, should concern not just Catholics but anyone who’s committed to American political values.”

He explained that confession is holy because it’s “an encounter with Christ through the sacramental mediation of the priest.” And “because that encounter is so sacred, we don’t want anything to stand in the way of it.”

On May 28, Bishop Michael Barber of Oakland, California, promised to risk jail in a public letter.

“I will go to jail before I will obey this attack on our religious freedom,” he pledged. “Even if this bill passes, no priest may obey it. The protection of your right to confess to God and have your sins forgiven in total privacy must be protected.”

Four days earlier, Los Angeles Archbishop Jose Gomez urged, “no government, for whatever reason, should violate the privacy and confidentiality of that sacred conversation.”

“SB 360 still denies the sanctity of confession to every priest in the state and to thousands of Catholics who work with priests in parishes and other Church agencies and ministries,” he said.

On May 25, Father Leo Patalinghug said of the bill that “Evil is at work here.”

Quoting Bishop Barber’s words, “I will go to jail before I obey,” Father Matthew P. Schneider of D.C. tweeted on May 29 that that was the “Proper response to California’s law against confession.”

When one Twitter user asked him, “what would you do/do you do when/if someone confesses a crime though?” he responded, “In many cases, you suggest they turn themselves in. Also, in many cases you give a very hard penance.”

Father John Stone, an Augustinian, said on May 24 that “We priests will go to jail or suffer whatever punishment or persecution comes, but we WILL NEVER violate the seal of Confession.”

Likewise, Father Dan Andrews of Nebraska tweeted on May 25, “My brother priests and I will be compelled to violate the seal of confession precisely this many times: never.”

On May 24, Father Timothy Grumbach of California added, “This could be a tremendous time to be a Priest in California.”

Even back in February, Father John Hollowell of Indiana foretold, “A California law would ‘TRY’ to force priests to violate the seal of confession,” but “No priest actually WOULD violate the seal, even unto death.”

And for his part, canon lawyer JD Flynn tweeted on May 22 about speaking with a young priest the night before about the bill.

“He’s only been ordained three years. In a conversation about the California ‘confession bill,’ I said something about the importance of a fixed grille,” Flynn said.

He remembered the priest saying, “That makes sense from a risk perspective. But I can tell in confession that sometimes what people need is their father *with* them. I’m ordained to be a father. And, especially young people, need more than an anonymous father. I understand the risks, and I choose them.”

The Catechism of the Catholic Church teaches that because of the “delicacy and greatness of this ministry” as well as the “respect due to persons,” the “Church declares that every priest who hears confessions is bound under very severe penalties to keep absolute secrecy regarding the sins that his penitents have confessed to him.”

“He can make no use of knowledge that confession gives him about penitents’ lives,” the catechism adds. “This secret, which admits of no exceptions, is called the ‘sacramental seal,’ because what the penitent has made known to the priest remains ‘sealed’ by the sacrament.”

California may pass its law. But in doing so, politicians should keep in mind that there’s a much more ancient law already in place – one that priests are willing to die for.