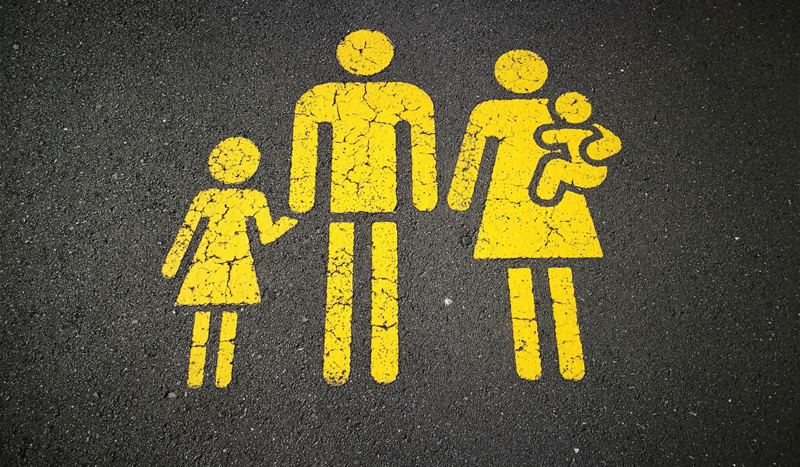 “As the family goes, so goes the nation and so goes the whole world in which we live.” On his trip to Australia in 1986, Pope St. John Paul II reaffirmed that the family is the center not only of the “domestic church,” but also of human society, culture, and economics.

A recent joint statement published by the Ethics and Public Policy Center (EPPC), a D.C.-based think tank, also identifies the well-being of the family as critical to the future of the United States. American political, economic, and cultural leaders, the framers contend, must pursue “an authentically pro-family approach to public policy.”

The statement’s signatories include scholars such as Ryan T. Anderson, author of When Harry Became Sally, Robert P. George of Princeton University, and legal expert Helen Alvare. Joining them are a diverse cast of journalists, activists, policy advisors, and writers – all working from different angles in the field of family policy.

Patrick T. Brown, an EPPC fellow, spoke with the LOOP about the project. He commented that he is particularly impressed with “the breadth and depth of who was willing to really work on this and sign on.”

“It really shows the hunger for taking these issues seriously,” he said.

“It was clear [as the overturn of Roe vs. Wade became a reality] that those of us who are ‘right-of-center’ need to be doing a better job thinking of how we can put our pro-life convictions into action,” Brown stated:

In the wake of Dobbs, we saw a need to respond, so we brought together a small gathering of pro-family, pro-life activists in DC… We wanted to focus on the things that as a movement we can all get behind and are politically doable.

The group consulted at length about what a pro-family policy agenda should look like and what lawmakers could prioritize in building a pro-family, flourishing American society after Roe.

The primary aim of the statement is to empower “mothers and fathers to better live out their obligations to each other, to their children, and to their communities.”

He pointed to the work of Erika Bachiochi, one of the signers. Her book The Rights of Women was foundational to the final product, he said. “We focused on her perception of pro-life movement as beginning with our duties to unborn child, but also including the duties that society owes to the mother.”

The policy principles articulated in the document rest on the ancient tradition that the family is the primary unit of human society and the locus of a civilization’s future. The statement reads:

In its ideal form, the family is the social institution by which children are brought into existence, raised, and prepared to take on responsibilities as they grow into maturity.

Though no family is perfect, families are small, cohesive communities that should be respected as having both a social and economic role and function. Parents bear the primary and ultimate responsibility to nurture, shape, and educate their children.

The family is, therefore, a privileged association, and it is in the state’s own interests to identify and support the needs of its families.

Families, the document continues, “should be afforded space, shielded from inappropriate state intrusion or undue market pressures, to fulfill their responsibilities and live out their irreplaceable function.”

The EPPC offers 11 “guiding principles” for policymakers and lawmakers who are charged with upholding and furthering the good of the nation. The principles are intended to serve a threefold function:

The principles are both reactive and proactive.

They are reactive against current societal trends that overlook or destroy the family’s role in the lives of citizens, because “families deserve protection from the growing economic and cultural forces that undermine their essential work.”

The statement is primarily proactive, however. The signers advocate for positive steps toward building a society more welcoming to marriage, family, and childbearing.

“Since Dobbs, it has felt like the pro-life movement has been a little on the backfoot with a lot of misinformation that’s been out there,” said Brown. “Having something to rally around and go to our elected officials with can be very proactive – we’re not just saying ‘no.’”

The EPPC statement is anything but a lifeless “no.”

The guiding principles offer a robust foundation for a rigorous, lively debate over where the pro-life movement can take America after Dobbs.

The possibilities are exciting, and lawmakers, policy crafters, and voters alike should take note.