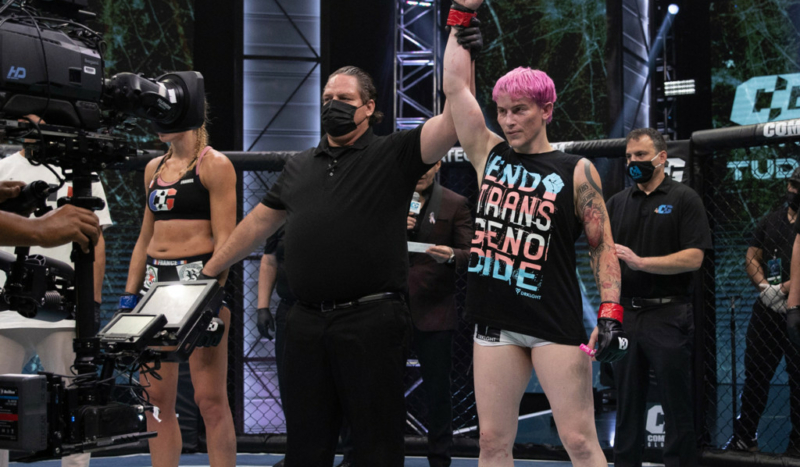 Alana McLaughlin, a US Army Special Forces veteran born in Portland as Alan McLaughlin, won 3 minutes and 32 seconds into the second round of a Sept. 10 match against Celine Provost by choking her from behind on the mat with a common move called the rear-naked choke. Provost, pinned to the bloodied mat, quickly tapped out to end the match by submission.

McLaughlin, 38, wore an “End Trans Genocide” shirt at the fight and said it was a “nightmare” finding a female opponent before the 35-year old Provost stepped forward.

“I have nothing but respect for [Provost],” McLaughlin said, according to the New York Post.

Conservatives on Twitter reacted with shock to McLaughlin’s victory over the weekend, with podcast host Allie Beth Stuckey calling the athlete “a dude who likes to beat women.”

The second openly transgendered “woman” to fight in professional MMA matches and the first since 2014, McLaughlin came out as transgender in 2003 at the age of 20, so shocking his parents that he joined the army and shipped out to Afghanistan.

After leaving Afghanistan in 2010, McLaughlin was diagnosed with PTSD and underwent gender reassignment surgery in 2016.