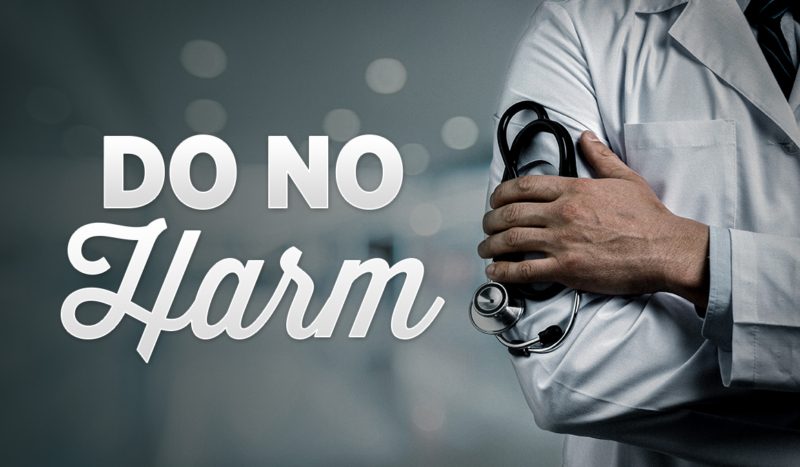 We trust doctors to do what’s right, using their expertise, experience, and moral and ethical judgement. But none of that matters to the Biden administration.

If a young teen girl today imagines herself to be a “boy,” a new rule imposed by the Biden HHS department will force doctors to dispense chemicals to alter that child’s hormones. When the child is older, the same would be required for sex change surgeries — even if the doctor believes the treatment will harm the patient.

And Catholic hospitals and doctors are next.

GET THIS: In their announcement yesterday, Biden officials suggested that patients are being denied medical care for such things as a “broken arm” because of their sexual “identity.”

This is a preposterous lie … and they know it. Catholics need to wake up to the war on science and our Church before it’s too late.

This assault on ethical medical care is being done in the name of eliminating so-called “discrimination” — despite growing evidence showing exactly the opposite. Doctors fix broken arms every day. But some conscientious physicians are unwilling to prescribe experimental chemicals to alter children’s hormones, or perform sex-change surgeries, in part because of studies that show these medicines and interventions are actually harmful!

As I told the New York Times yesterday, this new rule “turns back the clock on medical sanity.”

Their real goal is to normalize and strong-arm doctors and medical professionals into accepting the new gender revolution underway.

MORE LIES: The rule issued yesterday by HHS Secretary Xavier Becerra actually stated that this new policy will comply with the Religious Freedom Restoration Act. But Catholic hospitals and clinics need to understand this is a temporary concession. After all, the Biden administration has called on Congress to pass the Equality Act — which would specifically gut all of these moral and religious protections…

…and the administration is already in court RIGHT NOW arguing that Catholic hospitals have no such freedoms!

That’s exactly why we created the Biden Report.

We need to make sure Catholic voters understand just how radical and out of step the Biden administration really is.

Can you help us share the BIDEN REPORT with millions of Catholics?

Far too many Catholics believed Joe Biden would govern as a “moderate.”

But these last 100 days have proven that misguided hope to be pure fantasy.

Biden might have a folksy (even sleepy) persona, but his team is pushing their hard-left cultural revolution at break-neck speed.

We need to make sure Catholics know that Joe Biden:

Your research team at CatholicVote continues to monitor the Biden administration’s radical policies. We’re tracking these developments and compiling them every day in the Biden Report — so that Catholics will know the truth.

I need your help to make sure Catholics know what’s going on.

P.S. Want to really help us out? The secret behind our success is our Champions Club. CV Champions are dedicated supporters who give $10 or more every month and are our lifeblood. Champions receive invitations to special events, private briefings, sneak peaks at what we have coming up, and more.

It’s simple and easy. And we could use your help.