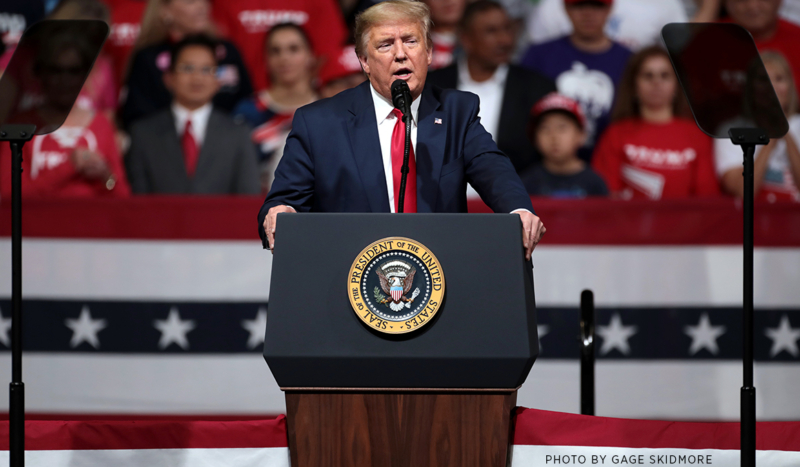 People ask me every day:

“Do you believe the polls?”

The last question is easiest to answer. Of course, Trump can win. Voter sentiment today is impossible to predict with real accuracy. Pollsters broadly show Joe Biden with almost the exact same advantage held by Hillary Clinton at this point in 2016. And we know how that turned out.

But there’s more. Here’s our case as of today for Trump winning:

Every poll includes certain assumptions about respondents’ honesty, candidate preference, likelihood of voting, and actual turnout. Polls taken in 2016 were notoriously wrong. But many forget that two years later “new and improved” polls were again error-ridden, especially in key states.

For example, polls in FL on the eve of the election in 2018 showed Democrat Andrew Gillum up between 5-7 percent. He lost by approximately .5%, a 5-8 percentage point swing. Or the FOX News poll on the Indiana Senate race predicted Democrat Joe Donnelly would win by 7%. Republican Mike Braun won instead by almost 6% — an almost 13% point swing!

From rallies, to boat parades, to surveys, the evidence is clear: President Trump has a 2-1 advantage when it comes to voter enthusiasm. By an overwhelming margin Trump voters are excited to reelect the President. Conversely, Biden supporters are more anti-Trump, but far less excited about their candidate.

A recent strategy memo from a major election consulting group reported that a mere 2-point increase in voter turnout among non-college-educated white voters could turn a modest Biden victory into a commanding win by President Trump. Just 2%. Polls are forecasts. This election will be decided by who turns out to vote.

Finally, here are a few things happening over the next few weeks that will likely work in President Trump’s favor…

Finally, perhaps the most obvious evidence this race isn’t over and that Biden isn’t up by 10 points? Why would Nancy Pelosi make a big push for legislation to set up a commission to remove President Trump from office out of health concerns if she thought he would lose big in three weeks?

The media was absolutely gobsmacked on election night when Donald Trump shocked the world in 2016.

Wouldn’t you love to see that again?

Chip in here to help us keep it going.

P.S. What else are Pelosi and the Democrats up to? They are now competing hard in Nebraska, one of only two states that split their electoral votes. Eastern Nebraska includes Omaha, and that one electoral vote could make the difference in the electoral college. Obama-Biden won this electoral vote in 2008 and the latest polling shows the district to be a tossup.

The good news: CV just hired a full time person in Nebraska to help us build a team to make direct contact with nearly 60,000 key Catholic voters in Omaha.