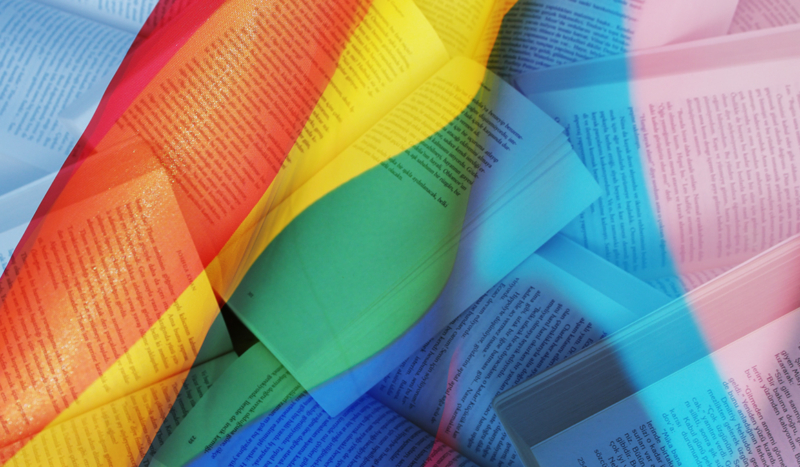 The 2022 Banned Books Week kicks off on September 18, and promoters are leaning heavily into the rainbow. This year’s theme is “Books Unite Us, Censorship Divides Us,” and the organizers are issuing “a call to action for readers across the country to push back against censorship attempts in their communities.”

A little digging, however, reveals that Banned Books Week has become a thinly veiled propaganda campaign. Ironically, in fact, it’s a campaign that is itself very much in the spirit of censorship, and demonizes Americans who dissent from Leftist dogma.

LOOP reader Kelli P. from Charlotte, NC, alerted our team to her local library’s event “From Censorship and Silence to Celebration: A Freedom to Read Panel.” The event is just one of hundreds across the country next week using the American Library Association’s (ALA) “Banned Books Week” materials.

The language – and the rainbow bird logo – inspired us to look deeper into Banned Books Week and why the ALA is warning that parents pose a “threat” to the “freedom to read.”

This year, the ALA tracked 729 “challenges” – attempts to remove books from schools or libraries. According to the ALA, 39% of challenges are initiated by parents and 24% by library patrons.

The ALA’s “Unite Against Book Bans” initiative calls on Americans to “join the fight” and states that “parents should not be making decisions for other parents’ children.”

In a classic guilt-by-association rhetorical flourish, the ALA Executive Board’s 2021 statement on censorship recalls McCarthy-era “threats to democracy” and warns that the “freedom to read is under threat.”

Other promoters remind us that banned books in the past have included literary classics such as To Kill a Mockingbird, Huckleberry Finn, and Of Mice and Men.

“As the culture wars being waged in public schools, libraries, and bookstores over books referring to sexuality, gender identity, and the history of racism continue to escalate, booksellers increasingly find themselves on the front lines alongside librarians in defending people’s freedom to read,” noted Publisher’s Weekly.

The implication, of course, is that Americans who object to explicit pictures of oral sex in their child’s library (as in Gender Queer) are cut from the same cloth as those bygone bigots who hated Atticus Finch. Parents who protest at school board meetings are backward cultural Luddites at best and domestic terrorists at worst.

This is deliberate gaslighting. In most cases, parents simply want input on what books go on their schools’ shelves. As one activist mother recently pointed out, there are countless books “more aligned with academics and expanding the mind without such a heavy focus on sexual content.”

But the ALA isn’t just promoting classic literature or encouraging kids to pick up a copy of The Diary of Anne Frank or The Bible (both of which have been removed from school shelves in Keller, Texas pending review).

The Banned Books Week website highlights and promotes the year’s top 10 most-challenged books, along with the reasons challengers give for wanting them removed. This year, all of the books are geared to middle and high school children and seven of the 10 are, in the ALA’s words, “considered sexually explicit.”

Nowhere does the ALA mention books that have actually been banned by sellers – they focus exclusively on “young adult” books that American parents have objected to seeing placed in the children’s sections of libraries.

(As an aside: No mention is made of Amazon’s refusal to carry Ryan T. Anderson’s When Harry became Sally or the American Booksellers Association’s (ABA) public apology and takedown of Abigail Shrier’s Irreversible Damage.)

In an interview with Time Magazine, Johnson responded to parents who objected to the book’s presence in school libraries: “There’s this misconception that this book is going to children—they’re using language like, ‘Do you think an eight-year-old should read this?’ And my response is, no, that’s why it’s geared for 14 to 18-year-olds.” The question, of course, is how pornographic literature designed to sexually arouse readers is appropriate for 14-year-old minors, 18-year-olds, or even adults.

First Lady Jill Biden dismisses such questions. “All books should be in the library,” she told NBC hostess Sheinelle Jones this week when pressed on the review process for books in school libraries.

Research confirms, however, that early exposure to erotica has lasting, traumatic effects on children and young adults. Exposure to pornographic images, text, and video directly affects men’s sexist attitudes toward women and negatively affects the ability of both men and women to form intimate relationships later in life.

The ALA Office for Intellectual Freedom acknowledges that “Often challenges are motivated by a desire to protect children from ‘inappropriate’ sexual content or ‘offensive’ language.” But:

Although this is a commendable motivation, Access to Library Resources and Services for Minors, an interpretation of the Library Bill of Rights (ALA’s basic policy concerning access to information) states that, “Librarians and governing bodies should maintain that parents—and only parents—have the right and the responsibility to restrict the access of their children—and only their children—to library resources.”

The message is clear: If you don’t like the books on the shelf, you can take a hike (i.e. remove your child from the school or the public library).

The problem with this approach is twofold: first, the parents in this case are the same taxpayers who pay for the library. They pay the staff’s salary, for building maintenance, and for resource acquisition. Every parent – whether conservative or progressive, Catholic or Muslim or atheist – ought to have a seat at the table in deciding what books are appropriate for children.

The ALA expects parents and patrons to either celebrate progressive ideology or stay home. But every American taxpayer has a right to inhabit the public square and bring his or her convictions to the debate floor.

In a pluralistic society like ours, libraries and schools walk a fine line between censorship and decency. There should be healthy debate about what contributes to the edification or destruction of our common life together.

The ALA chooses instead to normalize drag sexual content directly to an audience of minors, while marginalizing dissenting voices from among concerned parents.