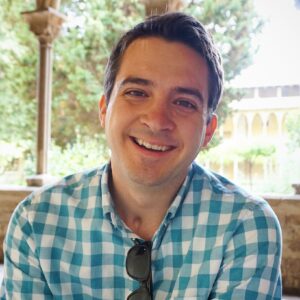 Thomas Peters, 33, grew up in Southern California and attended college in Michigan. He has two graduate degrees in theology. He began his award-winning American Papist blog in 2006, which went on to become one of the most popular Catholic blogs in America. He was one of a handful of Americans invited to the Vatican’s first-ever Bloggers’ Meeting in Rome. Peters has appeared in dozens of TV, radio and online media outlets over the years discussing the intersection of Catholicism and political activism, debating topics related to life, family and religious freedom, in addition to writing and speaking about the future of social media and online organizing. From 2010-2016 he served as an advisor to CatholicVote.org.

He and his wife Natalie live in Washington DC.