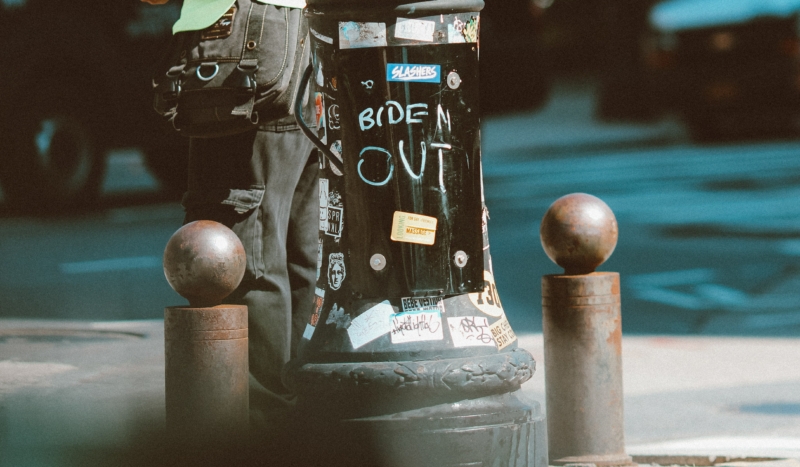 CV NEWS FEED // Even as Afghanistan unravels in the hands of Taliban extremists following President Joe Biden’s unpopular handling of the U.S. withdrawal, residents of his Pennsylvania hometown are protesting plans to rename two streets after him.

A new USA Today poll published Tuesday shows that only 26% of Americans approve of Biden’s handling of the Afghanistan withdrawal that has left violent Taliban militants controlling the streets, as well as stranded thousands of U.S. citizens and allies to pray for evacuation before an Aug. 31 deadline the president has refused to extend.

Since the fall of Afghanistan, Scranton Mayor Paige Gebhardt Cognetti has remained silent on whether she still intends to sign into law the unanimous vote of her city council last month to rename two streets after Biden, a decision that the five council members claimed would bring business to the city despite strong complaints from local merchants to the contrary.

The local Times-Tribune tweeted last Friday, as Afghanistan imploded along with Biden’s approval ratings, that the city government had doubled down on forcing the changes down the throats of local merchants: “Scranton officials recently sent residents, businesses and property owners affected by the renaming of Spruce Street after President Joe Biden letters with information on how to change their addresses.”

According to the paper’s full Aug. 20 report, the city had sent 305 letters to locals ordering them to change their addresses with the U.S. Post Office during a yearlong grace period that will commence with the changes.

The Scranton City Council, feeling confident in Biden’s popularity, first began naming things after him shortly after the November presidential election, when it decided to rechristen the much-trafficked intersection of Fisk Street and North Washington Avenue as “Joe Biden Way.” At the time of this announcement on Nov. 20, the then-president-elect was riding a wave of anti-Trump sentiment among the media and voters, having faced no serious scrutiny of his own record.

Few people complained about the change. But the council members soon decided they could cash in on Biden’s popularity much better than giving an honorific name to this street corner in the Green Ridge neighborhood that Biden claims as his own, a “below average income” section of town.

Earlier this summer, as Covid-19 seemed to be fading and Biden continued to ride strong approval ratings in national polls, the Scranton City Council decided to rename two of its biggest commercial corridors after Biden, arguing that it would bring business to town.

That’s when council members drew the ire of local business owners for deciding to rename the Central Scranton Expressway as the “President Joseph R. Biden, Jr. Expressway,” or the “Biden expressway” for short, and to rename the main commercial drag of Spruce Street as “Biden Street.” The expressway leads right into the downtown area on this street.

The costly changes would require local businesses to change letterheads, business cards, information for vendors, addresses, marketing materials, and web search optimizations, not to mention the name of some businesses themselves — all expenses that the mayor and city council expect local merchants to pay themselves in exchange for Biden’s name.

Last month, business owners told local media that while they would tolerate Biden’s name going on the expressway, they had strong objections to associating their businesses with his name.

Carol Heim and her daughter, Kayla Heim, of Scoops on Spruce ice cream shop, 406 Spruce St., said the idea of renaming their business after Biden left a bad taste in their mouths.

“Our name is Scoops on Spruce,” Kayla Heim told theTimes-Tribune. “I don’t want to change it to Scoops on Biden.”

“They’re creating a nightmare for the businesses,” Carol Heim added. “Why can’t they stop it at the expressway?”

But even among businesses not named after Spruce Street, local owners expressed skepticism about paying for the dubious privilege of using Biden’s name with the expectation that it would actually be worth anything to them.

Damian Biancarelli, who owns Guy’s Barber Shop, told local ABC-16 he would be happy for the city council to stick Biden’s name on anything in town that wouldn’t result in the financial losses it would cause him. He further described Biden’s name as an “inconvenience” best inflicted on city property rather than on private merchants.

“I think there’s other things that we can do, like why don’t we change the name of the library? Why not do that? How about put a big plaque of him up in the courthouse, or name courthouse square after Joe Biden? That way, it’s just inconveniencing the city and not the business owners,” Biancarelli said.

Considering that Biden won his native Lockawanna County over Trump by only 53.7% to 45.3% of the presidential vote in November 2020, it remains to be seen whether some local residents will sell their homes to avoid living on “Joe Biden Street.”

However, one thing has become clear: Even before Biden’s popularity began crumbling this month, some business owners in his hometown felt strongly that his name would not benefit them economically any more than his presidency.

It therefore seems that while these local owners respect Biden and wish him well, they have no desire for the Biden Express to roll through their neighborhoods.