Archbishop Broglio is the New President of the USCCB: Because it is All About Biden 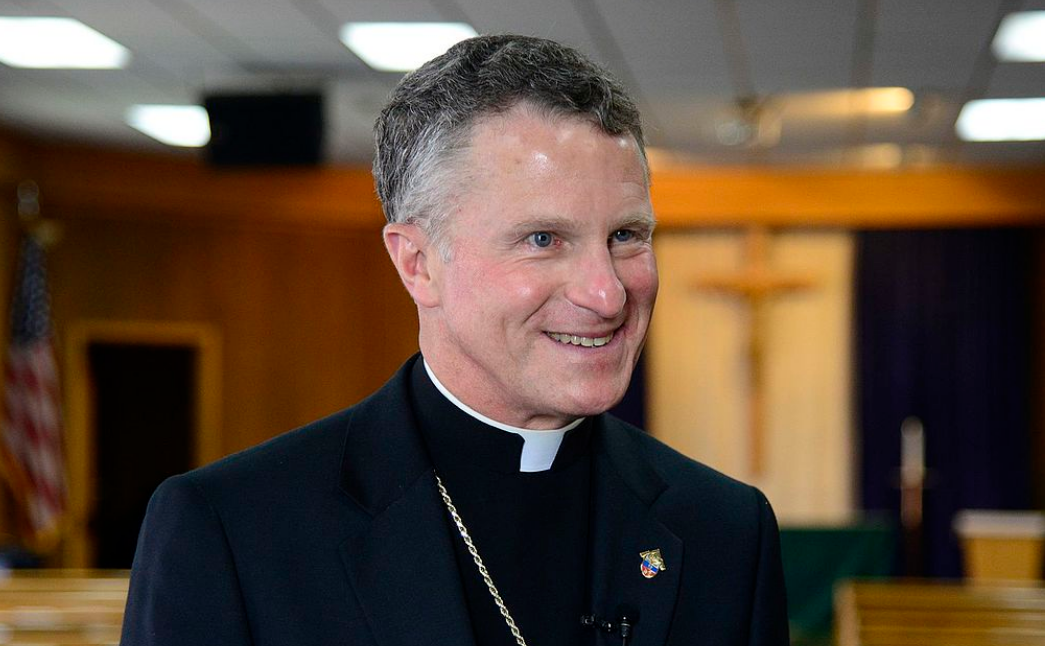 If you read America Magazine, the National Catholic Reporter, Commonweal, or other sources in the progressive spectrum of the Catholic Church, the current USCCB meeting taking place in Baltimore is mostly about getting in line with Pope Francis, creating a more “synodal church,” making the defense of life more “non-ideological,” and – particularly to that end – completely rewriting the 15-year-old, almost-18,000-word document “Forming Consciences for Faithful Citizenship.”

Most journalists, during the snooze-inducing days of private executive sessions, work to draw attention and build anticipation around “crucial” issues such as understanding ourselves as a “synodal church” (now a buzzword more than anything else), the Eucharistic Revival (which, for some weird reason, progressives not-so-silently hate), and the affirmation of three female candidates for beatification.

The truth is, most of the issues discussed in those sessions are already on autopilot. They barely reach any newsworthy point, and are quickly entrusted to a committee.

This year, probably the only truly relevant conversation during the closed sessions will focus on the National Study of Catholic Priests conducted by The Catholic Project at The Catholic University of America in partnership with Gallup. The initial results, released on October 19, featured some concerning signs, such as an increasing demoralization of the clergy as a consequence of the sexual abuse scandal, and their growing distrust of their own bishops.

But at the end of the day, progressives know that, as Lenin would say, “Everything is illusory except power,” and thus, since this is an election year at the USCCB, the real focus for the progressives has been the very clear set of candidates who should be elected. Or the clear candidates to avoid.

Michael Sean Winters from the National Catholic Reporter laid out the priority: “Most importantly, the bishops want a president and vice president who can accomplish the conference’s work both at home and especially at the Holy See. This last consideration effectively rules out two candidates, San Francisco Archbishop Salvatore Cordileone and U.S. Archdiocese for the Military Services Archbishop Timothy Broglio.”

According to Winters (and presumably the liberal hierarchs on whose behalf he writes), Broglio was unelectable because he “has been at odds with Pope Francis going back to the 1990s,” during which time he was a personal secretary of the controversial Cardinal Angelo Sodano.

Giving marching orders to an army that was never there, Winters pontificated that “if you want to unite the bishops’ conference, it is important to find two candidates, one who can represent the more (sic) bishops with a more traditional bent, the other someone known for more aggressively embracing Francis’ reform agenda, who can serve as a unity ticket for the body. The reform candidate is obvious: Seattle Archbishop Paul Etienne. He hails from a diocese that is growing, with immigrant communities drawn from Asia as well as Latin America. Etienne has embraced environmental protection close to home, working with a developer known for creating sustainable buildings, to redevelop properties around the Cathedral of St. James. Firmly pro-life, Etienne is a consistent ethic of life champion in the manner of the late Cardinal Joseph Bernardin.”

Well guess what? The new President of the USCCB is the Archbishop for the Military Timothy Broglio, much to the chagrin of the progressives.

The elected Vice President is Archbishop William Lori, from Baltimore. Progressives gave him a lukewarm approval, even cautioning that he, as Supreme Chaplain to the Knights of Columbus, “sometimes appeared on the barricades of the culture wars.”

The vast majority of bishops at the USCCB are not interested in accomplishing “unity” by appeasing the likes of Winters and the progressive clerics he champions. Nor are they willing to align with the few outliers who desire to bow to the fact that the second Catholic president in US history is also the most radical and obstinate pro-abortion president ever.

For the USCCB, it is not about some symbolic unity or a “synodal way.” After midterm elections which looked like a defeat for the pro-life side, any Irenic position was brushed off the table pretty quickly. Broglio is well-known as a fighter, totally outspoken when it comes to pro-life issues. And not by chance, Lori hails from the key position of Chairman of the USCCB’s Committee for pro-life activities. In addition, Lori was elected in a second round against Bishop Kevin C. Rhoades of Fort Wayne-South Bend, the same that condemned the University of Notre Dame for giving a medal to then Vice President Joe Biden. So much for changing the tune.

The reason for this is simple: far from being about Francis, it is all about Biden.

It is Biden that represents the most radical, staunch, and intransigent position regarding abortion. For him there is no limit, no circumstance that can be negotiated. After proposing the most radical, extreme bill in favor of abortion on the planet, and following the elections which saw his party lose the House, he clearly said that he is not willing to change anything in his policy.

Biden is the Catholic who has made abortion a non-negotiable. It is Biden, not the bishops, who have made abortion the preeminent issue. So if progressives have any hope that “Faithful Citizenship” will be amended to equate saving the polar bears to saving babies – a la McElroy – with this new USCCB presidency, they should seriously lower their expectations.