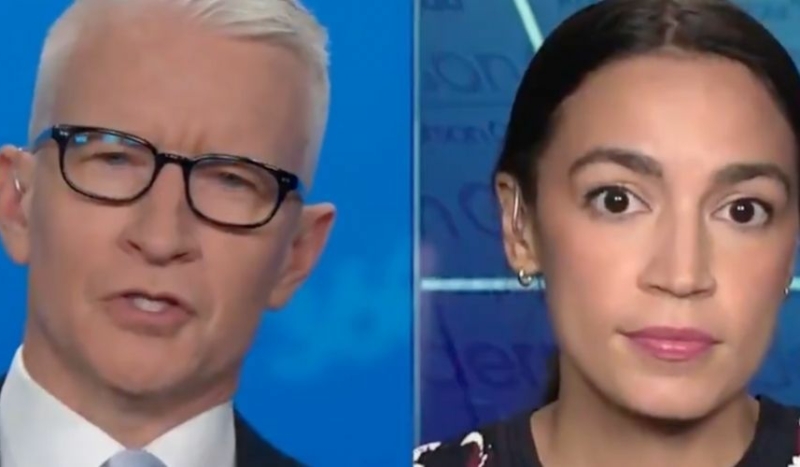 “But this idea that we’re going to quote-unquote ‘end rape’ when this same type of, frankly, rape culture, and the same type of misogynistic culture that informed this abortion law to begin with, [are] held by the governor himself and this Texas state legislature? Frankly, there are many people in power, as we know from the #MeToo movement, who commit sexual assault, that help their friends cover up these crimes, and some of them even serve in the same state legislatures that are voting on these anti-choice bills,” Ocasio-Cortez (D-NY) told Cooper during the CNN segment, implying that some Texas Republicans may themselves be rapists.

Ocasio-Cortez was responding to Abbott’s recent comments that Texas hopes to eliminate rape so that no woman will ever have to face the choice of aborting a child of violence. In the clip that Cooper played for her, the Republican governor was addressing criticism that the six-week abortion ban, which the U.S. Supreme Court recently upheld, might force just such a scenario.

“None of this is about supporting life,” Ocasio-Cortez said. “What this is about is controlling women’s bodies and controlling people who are not cisgendered men. This is about making sure that someone like me as a woman, or any menstruating person in this country, cannot make decisions over their own body.”

She added that “people like Gov. Abbott and Mitch McConnell want to have more control over a woman’s body than that woman or that person has over themselves.”

Ocasio-Cortez, who promotes abortion on demand in violation of her own Catholic Church’s teachings, ultimately said she found Abbott’s comments in defense of the Texas heartbeat law “disgusting” because “he’s not familiar with a female or menstruating person’s body.”

Commentator Kaylee McGhee White responded: “The Left’s woke ideology has become so absurd and illogical that its proponents can’t even keep up with it.” McGhee White added:

The problem with this woke-speak is that it actually undermines Ocasio-Cortez’s pro-choice agenda, as a few leftist feminist groups have pointed out. The argument that pro-life laws are really just male-driven efforts to control and suppress women doesn’t stick when women can’t be called women and when you’re forced to open up the female umbrella to people who are not actually female. Ocasio-Cortez is simultaneously claiming to fight for women’s rights while denying their very existence.