Analysis: Biden’s ‘Election Reform’ Not What it Seems 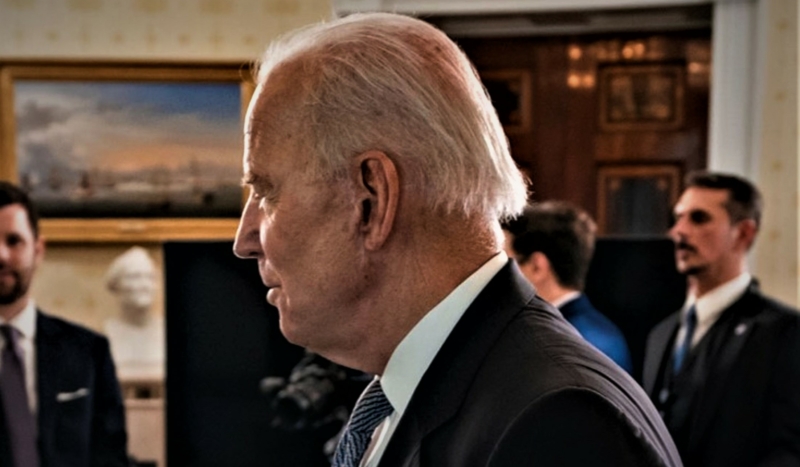 Fresh off one major political defeat with the failure of the “Build Back Better” spending bill, the Biden administration has pivoted to pushing legislation which would federalize all elections. But the bill appears to be dead on arrival due to resistance within the president’s own party.

President Joe Biden is pushing hard for the so-called “Freedom to Vote: John R. Lewis Act,” a sweeping piece of legislation which would give the federal government control of elections in all 50 states.

Currently, the Constitution gives individual states the freedom to set their own laws governing the orderly conduct of elections. States have historically used that freedom to craft voting laws best suited to the preferences of their population. For example, California allows anyone to vote absentee without excuse, while Texas only allows absentee voting for a specific set of reasons. States also draw the boundaries for congressional districts, as they have done since the founding, subject to review by state or federal courts.

Many Republican-controlled state legislatures have enacted various voter security laws in the past ten years such as requirements to show ID at the polls and increasing penalties for voter fraud. Democrats have claimed that such laws suppress certain racial groups from voting, even though polls have consistently shown broad support for such measures, including among members of racial minority groups.

Democrats introduced two bills which would dramatically change voting laws across the country at the beginning of the new Congress. The Democrat proposal would, among other provisions:

·       Fund politicians with taxpayer dollars by requiring the federal government to give $6 to congressional campaigns for every $1 they raise;

·       Prohibit states from requiring mail ballots be witnessed or notarized;

·       Prohibit states from requiring a valid excuse to vote absentee;

·       Require all 50 states to pre-emptively mail absentee ballot applications to all voters, even if the voter did not request one;

·       Require states to administer at least 15 days of early voting;

·       Prohibit states from maintaining accurate voter rolls by banning the removal of voters who have moved within six months of an election or have not responded to attempts to reach them by mail.

Congressional Republicans are unanimously opposed to the legislation, decrying it as a federal takeover of elections which would deprive states of the freedom to set their own voter laws and make voter fraud easier to commit. Sen. Ted Cruz of Texas said the true purpose of the bill is to ensure Democrats never lose another election since it would remove all meaningful voter integrity measures and allow left-wing organizations to engage in ballot harvesting, while Sen. Marco Rubio of Florida said the bill’s purpose is to “consolidate power in the hands of a leftist elite class.”

In order to get the overhaul through Congress, Democrats used a procedural trick to merge their proposals into one bill, which passed the House last week by a vote of 220-203. But the Senate requires 60 votes for legislation to pass (except for budget bills, which can be passed with 51 votes). Since the Senate is evenly divided 50-50, with Democrats in control because Vice President Kamala Harris can cast a tie breaking vote, Democrats stand no chance of getting 60 votes for the bill.

That is why Democrats have mounted an effort to end the filibuster, a term which refers to the ability of any mix of 41 senators to block a bill from passing by ensuring it does not reach the requisite 60 votes. During his 36 years in the Senate, Joe Biden voiced support for the filibuster as an important mechanism to protect the Senate’s role as the more deliberative, bipartisan chamber of the Congress. But now that the filibuster stands in the way of his legislative priorities as president, Biden has called for the end of the filibuster, allowing any legislation to pass the Senate with a simple majority.

But resistance has come from his own party, as Democrats like Sen. Joe Manchin of West Virginia and Sen. Kyrsten Sinema of Arizona have held firm against ending the filibuster. Sinema said she supports the Democrat voting overhaul but would not agree to end the filibuster in order to pass it. In a landmark speech on the Senate floor last week, Sinema said the filibuster is “a tool that requires new federal policy to be broadly supported by senators, representing the broader cross-section of Americans”, and “protect[s] our country from wild reversals of federal policy.”

Democrats have taken the familiar tack of labeling opponents of the voting overhaul bill as racists, and Biden used the bully pulpit of the presidency to double down on the canard. In a speech in Georgia last week, Biden characterized red state voter laws as “Jim Crow 2.0” and said those who oppose the Democrat voting overhaul are on the side of Confederates and segregationists from history like Jefferson Davis, Bull Connor, and George Wallace. The speech triggered an uproar among Republicans, including Senate Minority Leader Mitch McConnell, who said that Biden was a friend from their shared time in the Senate but that he “did not recognize the man at the podium” as Biden made his speech. Some political observers believe Biden has poisoned the well and destroyed any chance of cooperation with Republicans by attributing their opposition to the voting overhaul to racism. Even Sen. Dick Durbin, a top Senate Democrat and key ally of Biden, said Biden “perhaps went a little too far” in the speech.

Failure to pass the bill would be a second consecutive political defeat for President Biden after he shelved a key initiative, the “Build Back Better” $2 trillion social policy and climate change bill, due to lack of support within his own party.

Though the voting overhaul will certainly fail to pass the Senate, and may not even achieve a simple majority, Democrats are expected to push it ahead this week anyway, hoping that by making Republicans vote no on it, they can paint them as racists in the upcoming midterm elections and show their base that they tried to get it done.