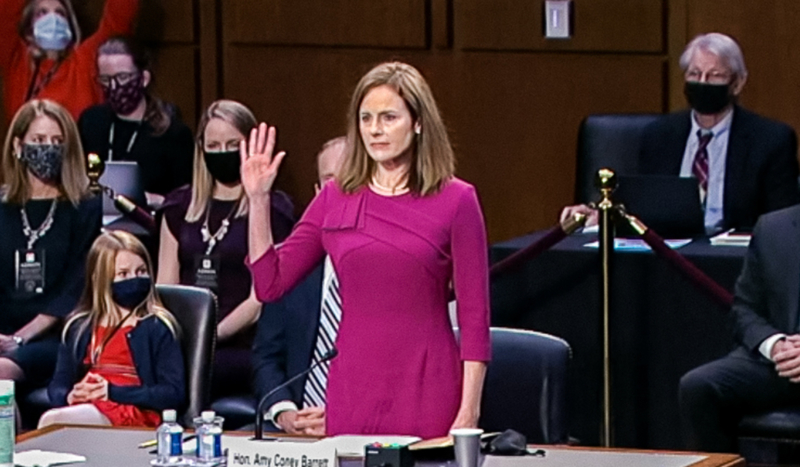 Day one of the confirmation hearings are over.

In fact, if you tuned into the hearings, you may have thought you accidentally stumbled into a Senate committee debate on Obamacare.

Democrats focused on faux threats about the imminent end of healthcare, and what they call a “sham of a hearing” despite the clear constitutional process now underway. The real fireworks begin tomorrow when senators start asking Judge Barrett questions.

IMPORTANT: On the first day of hearings today, Senate Democrats decided to steer clear of questioning Judge Amy Coney Barrett’s Catholic faith. When pressed earlier today, Joe Biden stated her faith “should not be considered.” Democratic Senator Dick Durbin likewise said his colleagues have no plans to ask about her faith.

Ironically, that means Joe Biden disagrees with the line of questioning that his own running mate Kamala Harris used against Catholic judicial nominee Brian Buescher!

This is a significant victory to mark the start of the process.

But while Democrats feign respect for Barrett’s faith, we know extremists are still peddling their hate-filled stories implying Catholics cannot be trusted to act impartially.

Keep in mind neither Senator Dianne Feinstein nor Senator Dick Durbin bothered to apologize for the outrageous questioning of Amy Coney Barrett’s Catholic faith during her 2017 confirmation hearings.

And that’s of concern.

We’re doing double duty now. We’ve got ads running in key states urging Senators to confirm Judge Barrett. And with just over three weeks to go, your CV teams are on the ground in seven states, making direct contact with tens of thousands of Catholic voters — every day.