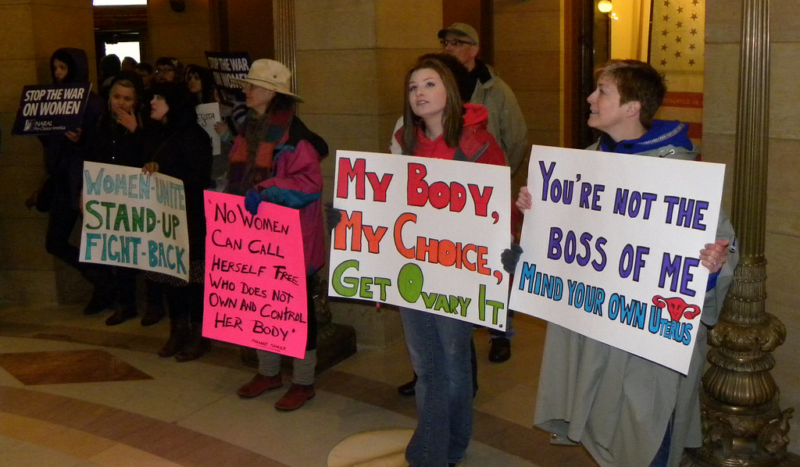 Feminists and abortion organizations regularly claim to champion “bodily autonomy” and “women’s rights.” But when one women was nearly forced to have an abortion, it was the pro-life movement that spoke out.

Media from Catholic News Agency to The New York Times have reported on the story of a U.K. court that ordered a mentally-disabled woman in her twenties to undergo an abortion at 22 weeks of pregnancy.

On June 24, a court of appeals overturned the ruling. While the case is making headlines in the media, it’s being met with silence by organizations that support abortion, including Planned Parenthood.

The woman, her mother, and her social worker objected to the abortion. Still, Justice Nathalie Lieven ruled that it was in the “best interests” of the woman, who has developmental disabilities and a mood disorder, to bring the child to term.

The woman’s mother, a Nigerian and former midwife, objected to the abortion, citing their Catholic faith. She also offered to care for her grandchild.

Around the world, the story prompted others to share their own stories against abortion. Harold Braswell, a bioethicist and Saint Louis University assistant professor, tweeted about his intellectually-disabled mother. A secular Jew, he recognized Catholics for paying attention to stories like this “when many others are indifferent or approving.” He also hoped that the story “incensed” everyone, including “Pro-abortion groups.”

But abortion organizations like NARAL Pro-Choice America and Planned Parenthood Federation of America kept quiet about the case – both on social media and in their press releases.

Instead of commenting on this story, Planned Parenthood promoted its campaign, “Bans Off My Body,” which condemns abortion restrictions. NARAL focused on “bodily autonomy” and “reproductive justice” for immigrants.

She was right. On Twitter, UN Human Rights, Amnesty International, and Amnesty UK were silent about the case.

It isn’t like they shy away from abortion. On May 15, Amnesty UK tweeted, “Abortion bans like the one passed in Alabama are a violation of human rights.” A month later, Amnesty International warned that “US states have passed laws which effectively ban abortion & others have taken steps to drastically restrict abortion access.”

And, last year, UN Human Rights tweeted that the “#UK violates women’s rights in #NorthernIreland because thousands of women & girls there have to travel outside the country to procure a legal abortion or to carry their pregnancy to full term, which potentially amounts to torture.”

But torture had another face, suggested Rose, who detailed on Twitter how the U.K. woman would experience a forced abortion.

“I feel physically sick thinking about the abortion this woman will be forced to endure,” Rose began. “She is 22 weeks pregnant. The youngest baby recorded surviving outside the womb with medical assistance was 21 weeks, 5 days old.” Rose was likely referring to the story of Lyla Stensrud, a premature baby who made national headlines.

Rose added that the abortion “will violate this woman in the most intimate, private way.”

“24/48 hours in advance, while awake, this woman will have laminaria forcibly inserted into her vagina, to widen her cervix. For up to two days, she will wait as her cervix is forcibly opened,” she continued.

Then, the “doctor may forcibly administer anesthesia (alternatively, she [would] be left awake for the following),” Rose explained. “While she is likely passed out, he will open her cervix more with metal dilators & a speculum. He will suck the amniotic fluid out of her womb.”

The “doctor will use a sopher clamp—an instrument with rows of sharp ‘teeth’—to grab pieces of the baby’s body & to tear limbs from his/her body,” she wrote. “The doctor will grasp intestines, heart, lungs & other body parts.”

“Eventually, the doctor will find the baby’s head and crush it,” she added. “She will wake up in severe pain, bewildered by what took place.”

Rose concluded, “The UK has ordered the state murder of this woman’s baby & what amounts to her rape.”

Thankfully, that’s no longer the case, as the court ruling rescinded on appeal.

This was – and still is – a rare opportunity for abortion organizations and the pro-life movement to unite together in support of women.

But that rare opportunity will quickly turn into a missed opportunity if abortion supporters say nothing.