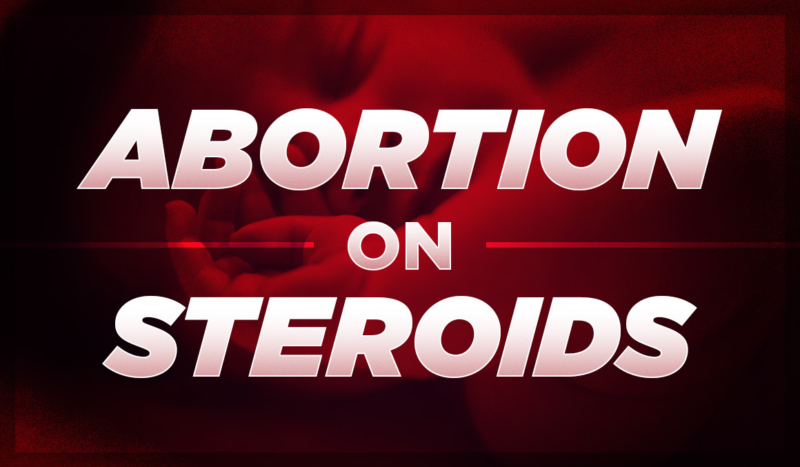 At first I thought it was a typo.

A war has broken out in Europe.

Inflation and crime are skyrocketing at home.

And Senator Schumer is going to do what???

The Senate Majority Leader has scheduled a vote for Monday night on the so-called “Women’s Health Protection Act.” Some have called it one of the most “extreme” bills ever to be introduced. In fact, it’s been called the abortion lobby’s “dream legislation.”

It goes way beyond codifying Roe v. Wade into federal law – which itself would be horrible. It starts by legalizing lethal violence against unborn children, for any reason, at any time, paid for by you. The law would also allow killing children with disabilities, permit partial-birth abortion… and nullify all existing pro-life legislation in every state.

This is abortion on steroids.

BUT GET THIS: It’s guaranteed to lose. Schumer knows he doesn’t have the votes.

This legislation would require 60 votes to break a Republican filibuster. But even without the filibuster, Sen. Joe Manchin (D-WV) opposes the bill. Even pro-abortion Republican Susan Collins (R-ME) thinks it goes too far.

So here’s where things get interesting:

Sen. Schumer is under heavy pressure from the abortion lobby. They are freaking out, knowing the Supreme Court could soon rule in favor of protecting vulnerable mothers and children. They also know the coming midterm elections could be a wipeout.

So they want to rally the hard-left base inside the Democratic Party.

But this also means that Democratic senators running for re-election in competitive states like New Hampshire, Georgia, Arizona, and Nevada will be forced to publicly affirm not only their strident support for killing innocent children at nine months – but also eliminating even the most commonsense pro-life protections passed in the states.

It’s because in addition to cementing legal abortion into federal law, it would torch pro-life parental consent and parental notification laws all across the country. Parents will be locked out, and forbidden to know if their own daughters are being pressured into an abortion or planning one.

This is crazy stuff.

Chuck Schumer and Senate Democrats have ignored the clear message of the shocking 2021 elections in Virginia, when mothers and fathers stepped up and demanded that their government not undermine their role as parents.

Next Monday, Schumer will put his fellow Democrats on the record.

Will they side with innocent children? Mothers? Parents and families?

What are their priorities?

We’re about to find out.