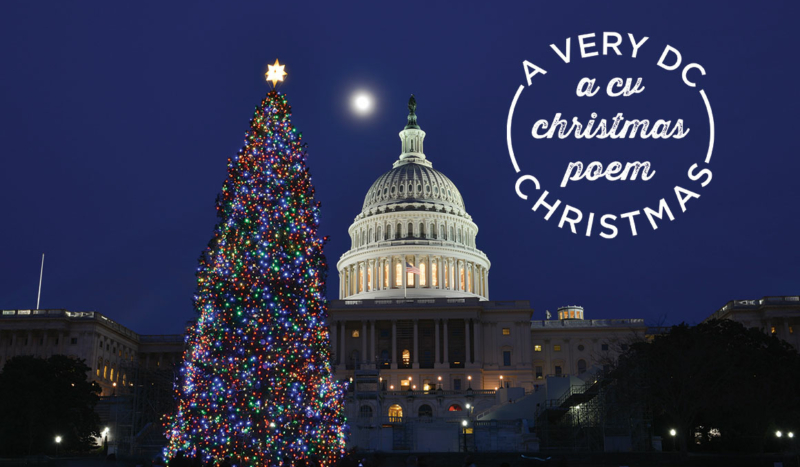 Twas the night before Christmas, and on the North Pole

Washington’s finest had gathered, with one worthy goal:

To come together in peace, to put politics aside,

And see Santa Claus off on his annual ride.

It was a pure noble thought — they meant right well.

But they being they, it soon went to hell.

Buttigieg asked Santa, “Where do want us?”

“I brought Beto and Booker, and here’s Pocahontas.”

Santa said, “Great! Here’s the sleigh that I’ll ride in.”

“And I bet I can do more push-ups than you.”

Joe was a bit testy, despite the reunion.

At Christmas Eve Mass he’d been told, “No Communion.”

Pelosi was there. McConnell was too.

And soon it was falling – white, thick, and rich.

But just as the tension had started to loose,

A reindeer was found in his stall, in a noose.

“My gosh,” thought Hillary. “What a silly old elf.”

“He honestly thinks Blitzen did kill himself.”

First Donder and Prancer (you remember that scandal)

Now this tragic turn – it was too much to handle.

“No more reindeer!” said Santa. “That’s the end of the line!”

“On Roberts! On Thomas! Alito and Breyer!”

“On Brett, Kagan, Gorsuch! On Soto-mayor!”

“And good old Notorious!” the Dems sang out proudly.

“One last time,” agreed Santa, “…but then this sleigh lives loudly.”

Uncle Bernie was there, all cranky and miffed,

As they packed and arranged each little gift.

“What’s this?” he shouted, “Everything’s free?”

“And all from Santa? It should be from me!”

“It’s not all from Santa!” boomed a loud voice.

“I give the best loot – the best! Take your choice!”

Trump had brought presents.  He spared no expense.

And he handed a big lumpy package to Pence.

But despite all the quarrels, the squabbles, the snappin’

They all sensed that something was starting to happen.

Maybe ‘cause Christmas was so close at hand,

One by one, they felt closer to their fellow-man.

The spite and the anger, it just…disappeared.

The sleigh was all packed, Santa all set to start,

And he looked at them all, final words to impart.

“Stop being trolls! Be elves of good cheer!”

“From Heaven, a Baby, for us has come down.

“He didn’t come to keep score of losers and winners;

“He came for us all, for we’re all of us sinners.”

“And now Mister Chief Justice, may it please the Court!”

And up went Their Honors with a tug and a snort.

As they rose from the ground, and lifted away,

Santa turned ’round, one last thing to say:

“Often shows up in places we least expect.”

For as he flew out of sight, they heard his voice ring:

“Merry Christmas to all, for JESUS. IS. KING!”