5 Videos You MUST WATCH Before Pride Month 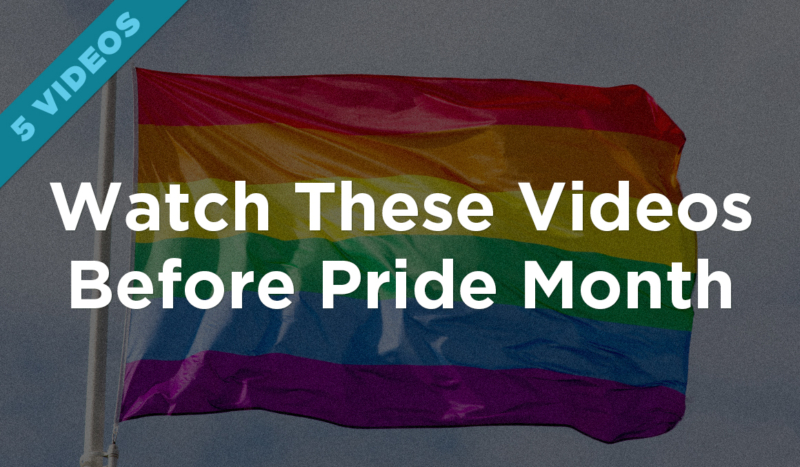 The LGBTQ+ movement has claimed June as its “Pride month,” and the rainbow flags are everywhere.

Do not be unprepared. Equip yourself to defend your faith and the Gospel with these four not-to-be-missed videos from EDIFY. EDIFY’s speakers not only explain why you feel the pressure of Pride month, but also give key practical advice for proclaiming the Church’s teaching on the human person:

Male and female He created them.

For a very long time, laws against sex discrimination have protected female safety and rights and opened up a world of infinite opportunities in education, politics, work, the creative arts, and sports.

Until now. The LGBTQ+ movement, which “celebrates” itself during Pride month, has pushed the idea that each individual can self-determine their own identity, modify their bodies as they wish, and demand everyone else affirm their personal gender identities. And who loses? Women.

Mary Hasson explains why and what Catholics can do to combat this false narrative.

Responding to A World Gone Woke

Wokeism. It’s the new worldview seeking to right all the wrongs of the Western world. Pride Month is one expression of woke-ism – when we’re all expected to celebrate LGBTQ+ identities and lifestyles in reparation for the crimes committed against them. We’re expected to be silent while activists proclaim that the sexual morality of the Christian faith is an oppressive, hateful relic of the past.

So, just what is “wokeism” and where did it come from? As Catholics, how should we respond? Chris Stefanick gives three key tips on how to combat cancel culture and offer the better option that is the Gospel of Jesus Christ.

Today more than ever a crisis of loneliness plagues our country. And people turn to false identities to fill that void – “Pride Month” is a loud expression of their longing for acceptance and happiness.

The breakdown of the family and loss of faith has driven many Americans to embrace identity politics as the answer. Groups like the LGBTQ+ movement have rapidly overwhelmed our culture and divided our families. Many Catholics are asking: Where did identity politics come from? What can we do to stop it from harming America?

Mary Eberstadt answers these questions and explains what the rise of identity politics tells us about ourselves, our society, and our future.

Pro-transgender activists tell us that those who identify as transgender live under a real threat.

But what is that threat exactly? Ryan Anderson of the Ethics and Public Policy Center breaks down what biological, philosophical, medical, and psychological experts say about threats to Americans who identify as transgender.

He helps not only to debunk standard trans-activist arguments, but also to better serve their victims – the men, women, and children questioning their own biology.

Why Amazon Erased My Book

When Harry Became Sally: Responding to the Transgender Moment sat on the Amazon virtual bookshelf for three years when, suddenly, just days before Congress was set to vote on the Equality Act, the book was “erased” overnight in 2021.

Why? Author Ryan Anderson explains what happened and how his research on gender dysphoria suddenly became a threat to LGBTQ+ woke capitalist ideology. Amazon’s actions show that it is not okay with that. Its leaders believe their corporate position on the transgender issue is the only acceptable one.

Hear why that’s not okay – especially for giant global corporations.

If you find these videos inspiring, help us continue this important work! Please consider a one-time donation to EDIFY to support more content like this.