I’ve done a couple of extensive posts on it over at my Pax Culturati blog at the Patheos Catholic Channel, which include an interview with Nebraska-raised Christian journalist Kirstin Wilder, the magazine’s managing editor, and you can get to those by clicking here and here.

(In the interests of full disclosure, I freelance for Variety, but I didn’t cover this Summit for it.)

Until you find the time to read the other posts in full, are some excerpts that illustrate my takeaways from the day:

1) We weren’t in on the conversation, and that’s a problem …

Unfortunately, aside from “The Bible” and “A.D.: The Bible Continues” producer Roma Downey, who’s participating in a keynote conversation with husband and producing partner Mark Burnett (“Survivor,” “The Voice”), there’s no obvious Catholic presence.

Panels include: “Bible Breaking Through: The State of Faith-Based and Family Entertainment,” “Winning the Pastor and the Pew: How to Get the Must-Reach Faith Driven Consumer Audience to Endorse and Support Your Project” (presented by Matthew Faraci of Faith Driven Entertainment, which helps market to Christian audiences), and “Redemptive TV on the Rise.”

There’s also a session where selected TV- and film-project synopses sent in by Purpose attendees are presented to studio execs, talent agents and other creative gatekeepers, who debate the merits of each. The panel features Variety chief film critic Justin Chang, producer Terry Botwick, and Maura Dunbar of Odyssey Networks.

The day ends with a discussion about the intricacies of storytelling, including actors Harry Lennix (“The Blacklist”) and Meagan Good (Fox’s upcoming “Minority Report”).

2) Don’t hide your light under a bushel:

Speaking about being both a journalist and a Christian, Wilder said, “I don’t think it’s ever been a problem. If anything, it’s helped me, because I can bring a drastically different perspective to some of the things that are going on. A great example, years ago, was when ‘The Passion of the Christ’ came out, people didn’t get it at all, why that was so huge. To be able to add context into that from the Christian perspective helped our coverage and even helped the colleagues around me understand it better.

“I’ve never shied away from who or what I am. … If anything, I feel like people said to me, ‘I don’t really like Christians, but I like you.’ I’m like, ‘Thanks. I got to tell you, there’s probably more people like me out there than the crazy people you see when you’re on your way to the Oscars.’ I just laugh, like, ‘Well, you should really broaden your reach a little more.’”

“I’ve been surprised,” said Wilder, “by the people that have embraced [Purpose] that aren’t Christians. I will run into people that aren’t religious, but that are just trying to reach that audience, studios and things like that. The people at Fox Home Entertainment will say as well, ‘This is a really important audience that we need to understand and reach out to better.’ I’m glad to see that they’re trying to listen and learn.”

3) It’s not enough to be good and do good, you also have to do good work (like Burnett, below) …

Asked what people of faith have to do to succeed in the industry, Wilder said, “You just have to excel. You have to be true and honest with who you are. I’m not sure there’s 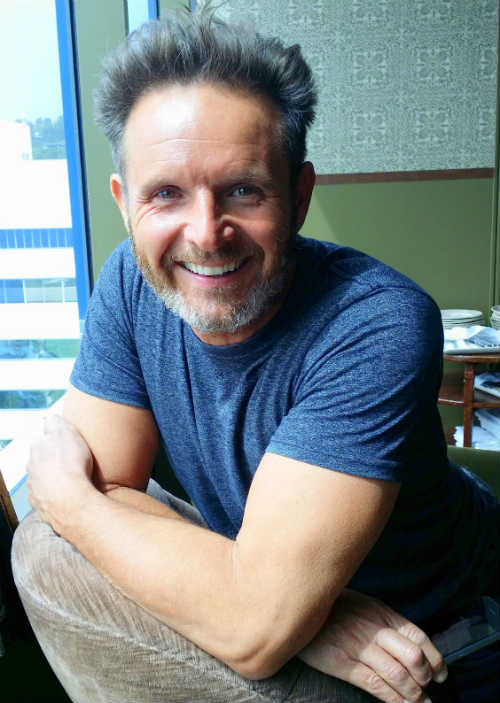 any one-stop-shopping for that. If it was, everyone would just churn out hits in Hollywood.

“You just have to excel at what you’re wanting to do professionally. Hopefully that’s what I’ve done, or I wouldn’t still be here after 23 years. Christianity has just been an important part of what that is, and it helped me stay focused and know what truly is important. That’s my honesty and my values, that I try to hold up to what I find in the Bible. That’s what works for me.”

4) The unconverted usually aren’t found in the pews …

Wilder also thinks of Hollywood as “a huge mission field.”

She continues, “I don’t think there’s any sort of job you’d want to rule out as a Christian — let’s say, maybe prostitution. But where would Jesus go? Where would he go and preach?”

Wilder recalled a time that she told someone that she was invited to a charity fundraiser at the Playboy Mansion.

“He’s like, ‘I’m absolutely not going there.’ I’m like, ‘Why not?’ He said, ‘Do you call yourself a Christian?’ I’m like, ‘Yeah, and what better place to be, quite honestly?’ To discount something like that because you’re a Christian would be crazy.

“It’s an amazing mission field out there for sure. Follow your passion for your career, and what that’s going to be, and go where the jobs take you. Be true to who you are, and don’t limit yourself. You never know where you’re going to have an effect. I do feel very strongly this is where God wants me to be.

“I remember times when I thought about leaving here. I was talking to my mom, or my mentor, my prayer partners, and saying, ‘How can a mission field be going to the
Oscars? Doesn’t that sound crazy?’ I have friends and colleagues that are missionaries. What I was thinking in my head as a mission field was in Haiti, working with disadvantaged children, and building homes in Tijuana.

“I’m thinking, ‘My mission field is getting dressed up in designer gowns and going to the Oscars. Are you kidding me?’ I mean, just to wrap my head around that didn’t make any sense. But my friends said, ‘What better place for you to be?’

5) Whether as the talent, the gatekeepers (agents, executives, distributors, etc.) or the money, we can change the message coming out of Hollywood — but more of us are going to have to get into the industry to do it …

You can’t expect to be represented if you don’t represent. You have to be in it to win it. The only way to ensure defeat is not to play. And if those aren’t enough bumper stickers to convince more Christians to get into the entertainment industry, try this one — What if the Apostles had refused to use the Roman roads?

For more entertainment and digital-media coverage, visit my Pax Culturati blog at Patheos.com, or like my Facebook page.