The House Should Reject The Senate’s Budget Plan

Even though I’ve advocated House Republicans being open to compromise, I’ve never suggested they be pushovers and a package this one-sided is much worse than the so-called fiscal cliff, and the House should dismiss the Senate plan for what it is—a politically-driven proposal aimed more at gaining partisan advantage than entering good-faith negotiations
Do you like it?
0 Read more 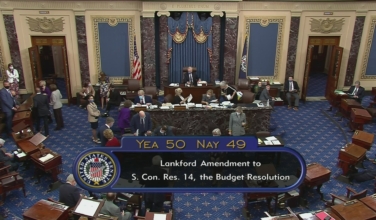 CV NEWS FEED // After the passage of the $1.2 trillion infrastructure bill, the Senate began a series of votes on amendments to a proposed $3.5…
Do you like it?
0 Read more
✕